Something like two decades ago, when I was Features Editor of NME and making some pragmatic decisions involving coverage of second and third-tier Britpop bands, I had a kind of argument with Laurence Bell, the owner of the Domino label. 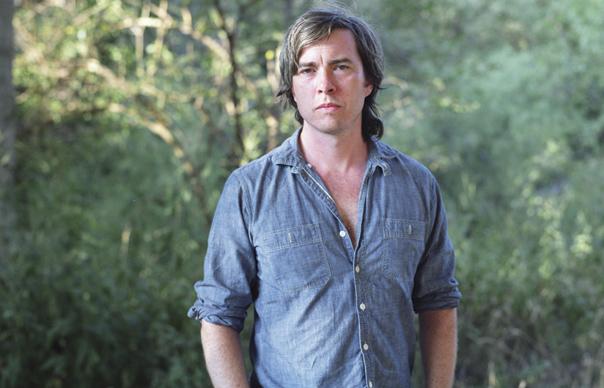 Something like two decades ago, when I was Features Editor of NME and making some pragmatic decisions involving coverage of second and third-tier Britpop bands, I had a kind of argument with Laurence Bell, the owner of the Domino label.

I can’t remember the provocation, but I suspect it was because I’d made an unpleasant professional choice to give a load of space in the magazine to the likes of Sleeper or Shed Seven, maybe, rather than the Palace Brothers or Smog, both at the time signed to Domino. “In 20 years’ time,” Laurence said, more or less, “people will be talking about Will Oldham and Bill Callahan as classic songwriters, and no-one will remember these bands.”

I loved Oldham and Callahan’s records at the time, and disliked most Britpop beyond Pulp and Elastica, but I still thought his perspective was a bit far-fetched: the talk of a passionate label boss, single-mindedly obsessed with his artists.

It occurs to me on Saturday night, though, how right Laurence turned out to be. For here is Bill Callahan playing his second night in a row at the Royal Festival Hall in London, an artist who has slowly manoeuvred his way sideways into the songwriting elite; an idiosyncratic voice whose songs have been covered by Gil Scott-Heron; who increasingly looks like a canonical successor to Leonard Cohen, Lou Reed, Mickey Newbury et al rather than an acolyte.

These days, Callahan is a marginally more amenable figure than he was for most of his days as Smog. He says nice and polite things to the audience, rather than observe them with a withering mooncalf stare (I recall one uncannily silent solo show early on at the 12-Bar Club) or indulge them with intimations of sadism. I found a review I wrote of his show at the Old Vic late 2001, where he responded to an audience shout for “White Light/White Heat” by asking, “Who’s willing to die for their request? No-one? Who’s willing to let me punch them as hard as I can?”

Nowadays, his band sound a good deal less like the Velvets than the 2001 edition, though Callahan’s brittle electric guitar lines still have a touch of Lou Reed to them, and they really do cover “White Light/White Heat” from time to time. For a long while, Callahan’s backing musicians actually seemed discreet to the point of invisibility, leaving acres of space and ceding almost all focus to the measured enunciation of the lyrics. It’s a sign of a different approach, though, that the 15 songs Callahan works through in two hours are as remarkable for their musical flourishes as they are to the lugubrious philosophising of the singer.

A lot of this is down to guitarist Matt Kinsey, who circles Callahan’s wiry rhythm lines with a vast and flexible repertoire of styles, from reverberant ambient swells on the opening “Let Me See The Colts”, through the fluent, dancing lines of “Javelin Unlanding”, and on into staticky, avant-garde bouts of pure, controlled noise. His invention is matched, though, by Jaime Zurverza on bass and Adam Jones on minimalist drumkit: the former strumming and reclining, a curious inversion of orthodox rhythmic practices; the latter using his hands as often as sticks and brushes – you can imagine the hard skin bruising every time he smashes his palm onto the cymbal during “Spring”.

Each member of the band takes an extended spot during a vamped take on Percy Mayfield’s “Please Send Me Someone To Love”, after Callahan has calmly delivered the hellfire lament – “Unless men put an end to this damnable sin/Hate will put the world in a flame” – as a sort of Zen koan. Generally erect of posture and authoritative of voice, middle age has endowed Callahan with a surprisingly trustworthy, near-governmental bearing, with most of the tics and eccentricities of old dialled back.

He introduces the series of weird solos, though, with a pantomime of pointing and leaning towards each player in turn, contributes a stratospherically odd, atonal harmonica break himself, and slowly lapses back into a repertoire of knee-bends and awkward jogs that suggest he is not so much suppressing the old quirks, more using them stealthily as part of an incrementally adventurous, longform show.

So while tonight’s concert opens with two still, relatively straightforward classics from “A River Ain’t Too Much To Love” in “Let Me See The Colts” and “Rock Bottom Riser”, the discordance and interventions gradually build up, through a notable “One Fine Morning”, until they reach a peak in “Please Send Me Someone To Love” and “America”, the latter’s abrasive nature being revealed as critical to the current band’s MO – and consequently to be a lot less jarring than it initially seemed to be on “Apocalypse”.

Meanwhile, “Dress Sexy At My Funeral” (the oldest song by some distance in the set), isn’t so much rearranged as given a new tune to fit in with the evolved aesthetic of the “Apocalypse” and “Dream River” songs that proliferate. Even in the band’s wildest moments, though, there is an artfulness and subtlety to the music which still gives dues deference and gravity to Callahan himself: wise and allusive voice for a generation who fastidiously avoided anything so obvious as wanting a voice of their generation.

In greying maturity, Callahan’s cruelty and melancholy has turned into a kind of generally serene, wry acceptance of things: “In conclusion, leaving is easy,” he notes in a magnificent version of “Riding For The Feeling”, now revealed as his own “Try A Little Tenderness”, “When you’ve got some place you need to be.” He cannot help, though, playing with traditional dynamics. “Winter Road” makes for a logical conclusion to affairs, with its closing exhortation that, “I have learned when things are beautiful/To just keep on, just keep on.”

The song does not end there, though, and its sentiments are derailed by a wildly improvised passage in which Callahan recounts an afternoon visit to the Tate Modern. The relationships between “Tate”, “taint” and “paint” are explored, Tracey Emin is indicted, and an unlikely new conclusion is reached. “Too much abstraction for this man,” he sings, not traditionally an artist of unflinching realism. “I wanna see a face.” It’s not a neat way to end, but it might be a skilfully fitting one: for all the canonical acclaim, the brilliance, the relatively relaxed demeanour, Callahan’s taste for the perverse remains. He can draw more people in these days, but he’ll still make sure he wrongfoots a good few of them by the end.

1 Let Me See The Colts

7 Dress Sexy At My Funeral

11 Please Send Me Someone To Love

13 Riding For The Feeling