The Oscar winning actor speaks in depth about his directorial debut 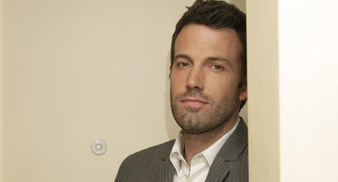 BEN AFFLECK: UP CLOSE AND PERSONAL


UNCUT: Do you think it was the right decision to postpone the UK release because of the Madeline McCann case?

AFFLECK: We just thought it’d be better to err on the side of discretion and good taste. When we did some research and screened the movie in the UK, nobody objected or said it bothered them. We still opted to push it because we felt like we might as well be on the safe side and be respectful. And I’m not taking credit for it because, to be honest, it was not as if Disney UK put the decision up to me. I was just made aware of it after the fact but I certainly was proud to be involved with a company that made a decision that was, I thought, respectful, appropriate.

Did you feel there was extra pressure on you having won an Oscar early in your career, in terms of the attention that would be focused on your directorial debut?

You could even take the Oscar out of the equation. I didn’t think I was going to get a pass if the movie wasn’t good, period. I knew that if the movie didn’t work, people would find a way to point that out.

You could have made it easier for yourself by choosing a less difficult novel than Dennis Lehane’s to adapt.

Yeah, you’re right. I could have tried to find an easier, more compact movie and tried to do a fairly decent job with that, done a stepping stone kind of thing. But I was looking for a good movie. I really didn’t spend a lot of time looking around for material. This found me and once I came across it, I never considered any other projects to direct. It was just serendipitous. This isn’t a space movie, it’s an acting movie and I felt comfortable with the fact that it was a movie about the actors ultimately. I felt safest with that element.

Clint Eastwood said he had a lot of problems adapting Mystic River. What issues did you face adapting Lehane?

Clint’s wonderful so I’m sure he handled it better than we did. We had a tricky situation in that we made the characters younger. Because Gone Baby Gone was the fourth in a series of books about these two detectives, Patrick Kenzie (Casey Affleck) and Angie Gennaro (Michelle Monaghan), we took the characters as they were in the first book in the series and transplanted them into Gone Baby Gone. And the plot and the mystery were so complicated that we couldn’t fit it all in, we had to take lots out without losing the nuance and the texture. All that plot could have overwhelmed the movie and we needed to have enough time to show all these wonderful character details and pieces of dialogue that didn’t necessarily take you right to where a bag of money or a fingerprint was. It was a tricky balance.

How was it going back to your old hunting grounds in Boston and revisit those neighbourhoods through a storytelling prism?

You know, even after Good Will Hunting, I’d always wanted to go back to Boston and do something that was a more realistic depiction of the city. I had had that desire for 10 years and when I came back, I knew exactly how it would be. I knew exactly where to put the camera, where the people would be, how they would look… I had been back and forth to Boston and I was always nervous that that version of the city would go away. So I was happy that I was able to do what I wanted to do. It was right there how I hoped it would be.

Did you always know you were going to cast Casey?

As soon as the script got rewritten and we made the part younger – made him 29, 30 instead of a guy around 40 – then I knew I wanted to cast Casey. Making him younger gave him more to lose. I thought if you’re 40 and something bad happens to you, it’s scarring but doesn’t fundamentally change you. If he’s 10 years younger, it could put a fork in the road of your life.

Did you encounter any problems casting your brother?

I anticipated that there would be because he wasn’t somebody at the time who had a track record where he’s been a lead in a movie that had made money. But I had this kind of patron at Disney who really believed in me as a director, Dick Cook. Obviously I would figure people would just think this was nepotism, even though I knew it wasn’t. I was making this choice, as I think it’s clear to anyone now, on the fact that’s he’s obviously the right guy for the role. I went in and said, “This is who I want.” And Dick was like, “Terrific.”

Dealing with the child abduction angle, how difficult was that to handle? It’s fair to say you don’t flinch from showing grim reality.

You know, you have to understand the stakes of what really happens with kids and what’s out there in the world and if you turn away from that you betray the whole tone of realism that’s happening throughout the movie. By the same token, it’s not about making that sensational in any way. In the really dramatic scene, I wanted to do it with these cuts to black, the idea being that you’re seeing this stuff the way Patrick sees it in his memory. In terms of the things that happen to children, Lehane’s pointing out the ways that we should be treating children better in society. And again you don’t want to make it look better than it is but you also don’t want to be gratuitous. I tried to walk the line as best I could. Obviously I found it really upsetting and difficult to shoot any of this stuff. The shot of the dead child in the movie is 12, 18 frames. It’s a dummy, you know what I mean? But it’s incredibly upsetting to see because it’s a kid’s face.

Now that you’ve done it, would you rather concentrate on directing than acting from now on?

In the beginning, part of wanting to be a director was just a natural extension of acting. But now this feels like what I am or what I want to be. So I definitely want to keep directing but not to the exclusion of acting. I’ll try to do both.