Beasts Of The Southern Wild

In 2009, Uncut spoke to The Wire’s creator David Simon, shortly before the broadcast of his follow-up series, Treme. The show was set during the aftermath of 2005’s Hurricane Katrina in New Orleans, a city that Simon felt had effectively been abandoned by the rest of America since the storm. “The only thing that brought this city back was the people who understand its unique culture and who participate in that culture refused to give that up,” he told us. 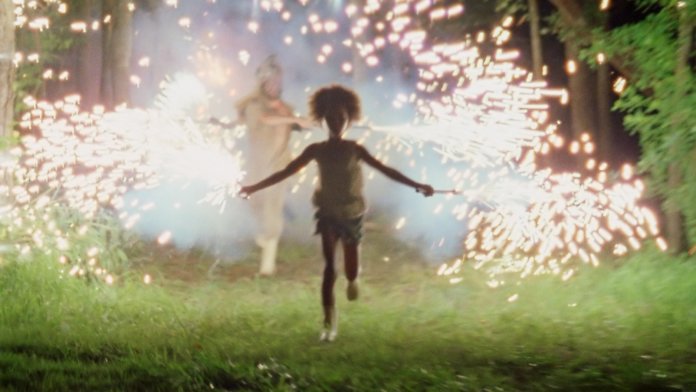 In 2009, Uncut spoke to The Wire’s creator David Simon, shortly before the broadcast of his follow-up series, Treme. The show was set during the aftermath of 2005’s Hurricane Katrina in New Orleans, a city that Simon felt had effectively been abandoned by the rest of America since the storm. “The only thing that brought this city back was the people who understand its unique culture and who participate in that culture refused to give that up,” he told us.

Treme shares with the slender but significant body of work devoted to post-Katrina New Orleans a focus on the devastating effects the hurricane had on the citizens themselves, from the politicians and the city’s storied musicians down to the people on the street. Spike Lee’s four-hour documentary, When The Levee Breaks, is the most thorough look at how the people of New Orleans picked themselves up after the storm. Werner Herzog’s Bad Lieutenant: Port Of Call – New Orleans, meanwhile, can claim to be the strangest, inhabiting a wild and surreal place where normal service has been temporarily suspended.

Beasts Of The Southern Wild is yet another iteration of life in New Orleans during this turbulent period. Director Benh Zeitlin’s debut is set beyond the levee, in an isolated bayou community called the Bathtub, a bric-a-brac world of lopsided motor homes, rusting trailers and makeshift shacks. The people here are almost entirely self-sufficient, living off the seafood that the bayou provides, or occasionally trading amongst themselves what little items of value they possess. I’m initially reminded of the remote Ozark clans in Debra Granik’s Winter’s Bone – the difference though is that the good folks living in Bathtub are less inclined towards illegal activity than the suspicious, pinched-faced addicts in Winter’s Bone. They don’t much resemble the murderous Cajun settlement in Southern Comfort, either. Indeed, life in the Bathtub appears mildly anarchic and carefree – removed from the worries of consumerism, these people live for the moment, happy with shrimp, music and beer.

Among the denizens of Bathtub is six-year-old Hushpuppy (Quvenzhané Wallis), who narrates the film and who we first see picking up birds and animals from the wetlands, listening intently to their heartbeats. She is in tune with the natural world. Aged six, she has a slippery grasp on reality: she fantasises that she is being hunted by giant, prehistoric aurochs. The natural world is cranked up to 11. The influence of Terrence Malick is palpable here – but you might also detect riffs on Spike Jonze’s adaptation of Where The Wild Things Are, another film about a child who couldn’t distinguish between the real and the fantastical. Wallis is a bracing presence, scowling and storming through the film, a terrific force of nature who’s alive to the mysticism of swamps, well removed from Spielbergian notions of cute child actors.

Hushpuppy lives with her father, Wink (Dwight Henry; like Wallis, a non-professional actor), an unreliable alcoholic, who is prone to disappearances and mood swings. He is clearly still heartbroken that Hushpuppy’s mother “swam away”: we learn Hushpuppy’s mother was so beautiful she could ignite a hob on a gas stove just by walking past it. When left alone, Hushpuppy imagines conversations with her absent mother. Wink is also ill, and tries to teach Hushpuppy to survive on her own. There’s something here of The Road, John Hillcoat’s version of Cormac McCarthy’s novel, in which a man and his child pass through a dangerous landscape, the man trying to instil in his child skills needed to prevail. The relationship between Hushpuppy and Wink is rough and tumble and vivid. When Katrina hits, for those in the Bathtub it’s all about survival. The land is ruined, the bloated corpses of animals drift along on the current, the water polluted. There’s echoes of Willard’s journey down the Mekong in Apocalypse Now – or maybe even the journey down river in Night Of The Hunter, another sultry slice of Southern Gothic. There are passages of silence as Zeitlin’s camera records the devastation. But crucially, Zeitlin’s film – adapted from a play by Lucy Alibar – works best as a celebration of life, and of the magic of the world seen through a child’s eyes.

Beasts Of The Southern Wild is in cinemas now