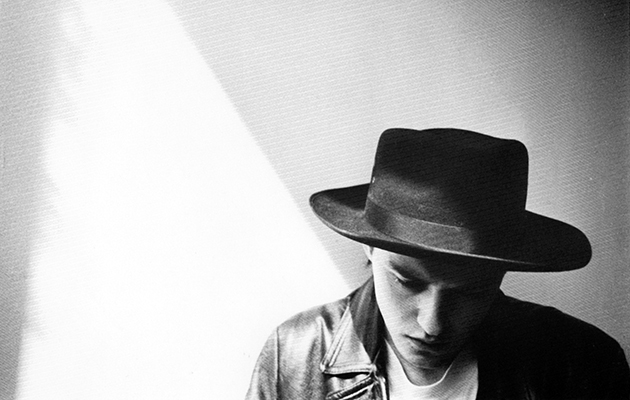 I wrote about Felt’s magisterial 12″ single, “Primitive Painters”, for Uncut’s June 2015 issue [Take 217]. I ended up speaking to Lawrence for close to an hour for the piece; so for your delectation here’s the full transcript. Subjects under discussion: being attacked by dogs, nearly working with Tom Verlaine and making “Half a video”…

Where were Felt just prior to Ignite the Seven Cannons?
Honestly there’s so much. I don’t want to blab on and on. Originally I wanted to continue with John Leckie after The Strange Idols Pattern. He didn’t want to do it. I was writing these trademark pop songs at the time, short 3-minute things. Leckie said, “They’re all the same, they just seem to start and then stop, there’s no beginning.” Things like that. He was reluctant to get involved. But I said, “These are just a few rough demos that you’re listening to, the songs are nothing like that really. They’re quite expansive, there’s a lot going on.” But he wouldn’t give it a chance. So he passed on it anyway. We were trying to get Tom Verlaine as well.

Did you approach Verlaine?
We did, yeah. He said – oh God, his quote was classic – he said he didn’t want to get involved himself because he felt the guitars were playing all the way through the songs. That’s the gist of it. They would start and continue, like a long solo. The songs, they weren’t arranged. Like most would start and then continue all the way through the song. That’s a lot to do with me, because Maurice [Deebank] is such a great guitarist that I encouraged him to play from beginning to end, especially on my songs. That’s something Tom Verlaine picked up on. It was a good criticism, I suppose, in a way, if you were trying to write conventional songs. But we weren’t. At the beginning of this chat my point would be that these people didn’t give us a chance to see what could happen in the studio with this. 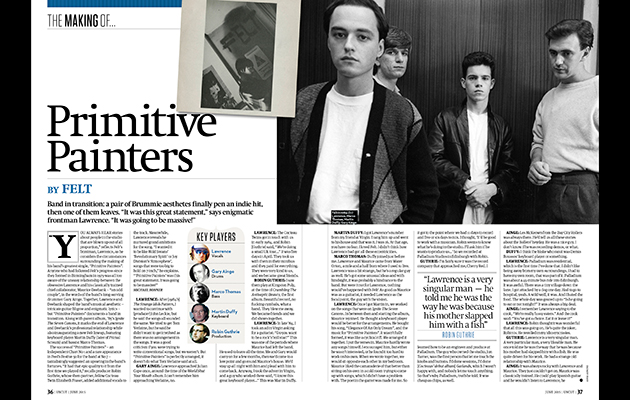 How did Robin Guthrie become involved?
Cocteau Twins had approached us to play with them live because we were Robin’s favourite band. We didn’t know them, they got in touch with us, and Robin said they were doing a small UK tour – well, for them it was a massive tour. It was 5 days on the trot I think, or 6 days. They took us with them in their mini bus and they paid for everything. They were very kind to us, and we became great friends on this tour. So, I thought, “Maybe I’ll ask Robin because he seems to know what he’s doing in the studio.” He wasn’t known as a producer then, he’d only produced Cocteau Twins. Now he’s known as more of a producer. I wanted to work with a musician. Robin liked us a lot, and he agreed to do it as long as I wasn’t at the mixing. I had to sign a contract to say that I wasn’t allowed to be at the mixing, because he thought my presence was too overpowering. There could only be one person mixing the record, and that would be him.

Is that just how he works or was that about you personally?
That was about me personally, absolutely. Because I was in control of every asset of the band. I had a comment on everything, even a shoelace, for example. I was in to everything, and I was completely obsessed. I think he thought, if he was going to produce, he’d want to produce it his way. He’d probably heard stories of me in the studio before anyway.

What sort of stories?
I don’t know, the usual. You always hear stories about people in the studio that are kind blown up out of all proportion. I don’t know what he could have heard, there are so many. He’d probably heard that it’s very hard to work with me. I signed this piece of paper anyway. There was a production contract and there was an extra contract for me to sign saying that I wouldn’t be there at the mixing. I can’t go into the whole thing, we’d need a whole book. But, what happened was, as we were recording the album, I was more and more reluctant to go along with this. I wasn’t sure that I shouldn’t be there. It got to the point where we had 11 days to record and five or six days to mix. We did it in Palladium studios in Edinburgh. Robin knew the engineer, the guy who owned it. Jon Turner I think his name was.