“An incredible assortment of freaks”: The making of Dennis Hopper’s The Last Movie

What the director of Easy Rider did next 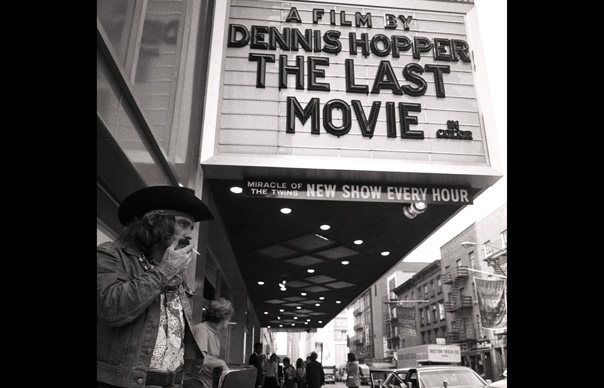 Dennis Hopper would have been 78 tomorrow (May 17). That seemed like a good reason to dust down this piece I wrote on the making of The Last Movie, Hopper’s legendarily unhinged follow-up to Easy Rider.

The piece originally appeared in Uncut issue 158, as part of a survey we ran on the 50 Greatest Lost Fims: The Last Movie occupied the No 1 spot and, as far as I can tell, is still unavailable to buy. At the time of writing, Hopper was still with us, and his friends and former co-stars on the film – among them the actor Dean Stockwell, screenwriter Stewart Stern, filmmaker Henry Jaglom (who was kind enough to email me relevant pages from his diary), stunt co-ordinator Chuck Bail and Toni Basil – all spoke freely about their involvement with the film and shared their memories of working with Hopper. As you might expect, it is quite a story. Anyway, I hope you enjoy it.

Writing in his private journal, in an entry dated January 23, 1970, the actor Henry Jaglom described a flight he once took from Hollywood to Peru. He was travelling with storied company – including Peter Fonda, Dean Stockwell, Michele Phillips and Kris Kristofferson – to shoot Dennis Hopper’s new film, The Last Movie.

“The no-smoking sign goes off aboard this APSA Peruvian Airline 707, and the joints are lit,” Jaglom wrote. “That simple. Ten minutes into the air and the cabin is a fog of marijuana smoke. Grass air everywhere; guitars and giggles. An incredible assortment of freaks are heading south with me to be in Dennis’ film.”

At the time, Dennis Hopper was enjoying the extraordinary success of his directorial debut, Easy Rider. The film, in which he also starred alongside Fonda, Jack Nicholson and Phil Spector (making a fleeting appearance as a drug dealer) had been made for $375,000, but its worldwide gross was a phenomenal $600 million. Hopper was suddenly hot property. And Hollywood now waited to see what he’d do next – especially those people who believed Easy Rider had been a fluke and were convinced that Hopper, who already had a reputation for wildness, would fuck up. Which, of course, he duly did.

The Last Movie was inspired partly by Hopper’s own experiences shooting The Sons Of Katie Elder in Durango, Mexico, in 1965 – “I thought, My God, what’s going to happen when the movie leaves and the natives are left living in these Western sets?” he told Village Voice. Hopper envisaged The Last Movie as an ambitious allegory about America and how it was destroying itself; a statement on capitalist greed, movie violence, and Hollywood colonialism. In 1965, he approached Stewart Stern, screenwriter on Rebel Without A Cause, to help with a screenplay. Together, they outlined a 98-page treatment at Stern’s Hollywood home on Harold Way called The Last Movie Or Boo Hoo In Tinseltown.

“Dennis would stride back and forth in the room, and we’d spitball ideas,” remembers Stern today. “I sat at the typewriter, and he’d walk behind me with his joint and he’d be raving. Then he said, ‘I bet you could really write it if you had a little joint.’ I said, ‘Well, I just won’t do it, it makes me hallucinate.’ So he said, ‘There’s something called a bong, you just inhale it over water.’ I had my snorkel and mask at home, so I put it on while I typed, and every time Dennis had some excess, he’d blow it down my snorkel. I was nearly as stoned as he was.”