2014 has already got off to a good start, I think, with American Hustle and Inside Llewyn Davis. 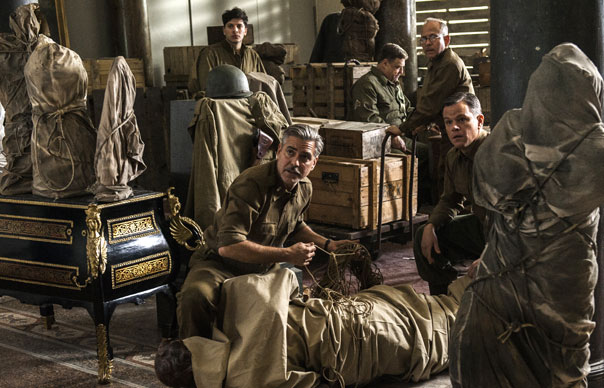 2014 has already got off to a good start, I think, with American Hustle and Inside Llewyn Davis.

Beyond those, there’s some strong-looking films from a clutch of familiar Uncut names – George Clooney, Wes Anderson and Christopher Nolan among them. 2014 also marks the release of Ken Loach’s last film before his retires. Incidentally, I’ve deliberately limited this selection to films which already have trailers or some kind of featurette; there’s obviously a considerable number of films we’re looking forward to that as yet don’t have trailers. So please bear in mind that, sadly, I wasn’t able to include films like Peter Strickland’s The Dukes Of Burgundy, Paul Thomas Anderson’s Inherent Vice, Bill Murray as St Vincent De Van Nuys and Anton Corbijn’s John le Carre adaptation, A Most Wanted Man…

Out Of The Furnace

The Matthew McConaughey revival continues apace with the actor cast as an AIDS in mid-Eighties Texas who develops AIDS and – unable to access approved medication – explores inventive ways to extend his life.
OPENS FEBRUARY 7

Typically droll-looking comedy from Wes Anderson, with Ralph Fiennes (replacing Johnny Depp) as the all-seeing concierge of the titular hotel. “Take your hands off my lobby boy!”
OPENS MARCH 7

Adapted by Richard Ayoade from a novella by Dostoyevsky: Jesse Eisenberg finds his life taken over by a double. Chris Morris and Paddy Considine co-star.
OPENS APRIL 4

The Guard team of John McDonagh and Brendan Gleeson reunite for dark comedy about a priest under threat of death from a mysterious hitman.
OPENS SEPTEMBER 19

Christoper Nolan’s first post-Batman movie. As a filmmaker, Nolan has often been compared to Kubrick: which sort of makes this his 2001. Scientists discover a wormhole. Matthew McConaughey provides voiceover.
OPENS NOVEMBER