Documentary on the legendary, bespectacled filmmaker... 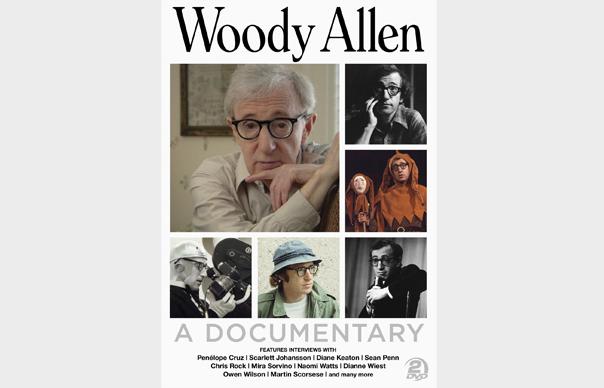 Documentary on the legendary, bespectacled filmmaker…

Woody Allen has been the subject of a documentary before: Barbara Kopple’s excellent Wild Man Blues, which trailed Allen and his band round Europe on tour. Along with some jazz, Kopple managed to capture a few slight but telling insights into Allen’s relationship with his wife Soon-Yi, the adopted daughter of his former partner, Mia Farrow. The gist was that Soon-Yi is unfazed and practical, very much the counterpoint to her neurotic husband.

Such insights are absent in this documentary from Robert Weide, the executive producer on Curb Your Enthusiasm, and presumably a man who knows funny when he sees it. Bullets Over Broadway co-writer Doug McGrath recalls daily phone calls between Allen and his lawyers or the police, where “you’d hear the grisly exchanges” of the lawsuit between Allen and Farrow. But this is respectful documentary-making about a heritage artist.

The best content finds Allen returning to the house where he was born – “It doesn’t look much, and it wasn’t” – or visiting the site of the Midwood Movie Theater, a favourite childhood hang-out, now the Brooklyn Eye Surgery Center. Allen shows us his Olympia portable typewriter, bought for $40 when he was 16, on which he’s written everything he’s done.

Meanwhile, Allen’s former managers, resembling two of the arthritic Kansas City mob bosses from Martin Scorsese’s Casino, discuss Woody’s transition from gag writer to stand up and gradual emergence as a film maker. From then on, this is very much a straightforward chronological run through Allen’s movies, up to and including Midnight In Paris – “It’s like he’s Michael Bay all of a sudden,” says Owen Wilson, of Allen’s unexpected late period success. John Cusack, Sean Penn, Larry David and Diane Keaton are among the A-list contributors. Some of the movie off-cuts – particularly from Sleeper, that catches Allen in fits of laughter at Keaton’s clowning – are more revealing than a dozen celebrity testimonials.
Michael Bonner