"It's good to be writing again..." A rare letter home by the Red Headed Stranger... 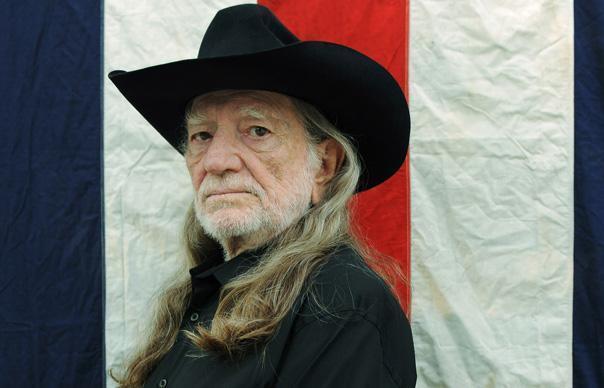 The backstory for this, Nelson’s 37 billionth album, is that for the first time in eons he wrote the bulk of the songs. In truth, the nine (of 14) new Nelson compositions on Band Of Brothers are co-writes with Kenny Chesney producer Buddy Cannon. But no matter, this one dispenses with his usual distractions, Nelson singing with a simple grandeur, the most intimate, open-hearted effort by the Texas legend in years. Or, at least since Spirit and Teatro, his unjustly ignored one-two punch from the late ’90s.

Like the best songs on those efforts, Brothers shines brightest when Nelson spins out pithy philosophising, or hits a certain inimitable, rambling, jazzy sweet spot with his longtime band. Opener “Bring It On” does both. “They say there’s no gain without pain,” Nelson speak-sings out the gate, against freewheeling honky-tonk backing. “Well, I must be gaining a lot,” he quips. “The Wall”, meanwhile, is its emotional flipside – sung with a matter-of-fact gospel lilt, Tommy White’s steel guitar draping the melody in regret, it’s a hypnotic, reflective masterpiece.

All is not grim and grimmer, though. Nelson sounds as if he’s in his breezy ’60s/’70s prime on road song deluxe “I’ve Got A Lot Of Traveling To Do” (sequel to “On The Road Again”, perhaps), the musicians at their nimble, earthy best, while “Crazy Like Me” sets sail on a chugging, deeply satisfying roadhouse rockabilly frame. Lighter fare, novelty goofs like “Wives And Girlfriends” and “Used To Her”, are riotous fun, harking back to madcap Nashville days. The dead serious “Hard To Be An Outlaw”, a surly new Billy Joe Shaver composition, again though, inhabits the dark, desolate obverse – the country establishment’s fearfully reactionary lockout of the true renegade: “It’s hard to be an outlaw/If you ain’t wanted anymore,” Nelson wails, as one who’s lived it all.
Luke Torn