Punk bluesman’s songs of hard toil in the Iowa soil... 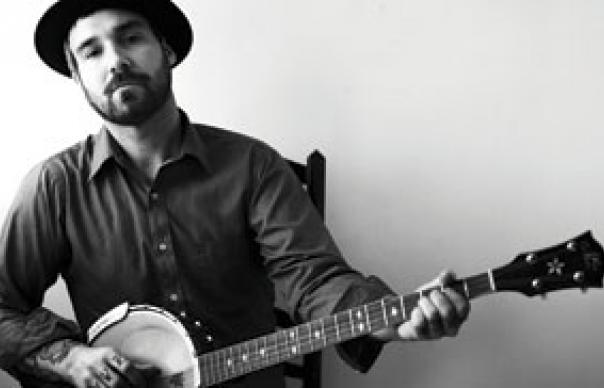 The photograph on the cover of William Elliott Whitmore’s fifth album speaks volumes about what lies within. A simple sepia shot of an overloaded hay cart with two farm workers perched on top, it encapsulates the essence of Whitmore’s stark milieu: man’s relationship with the land, the rigours of hard labour, the basic reward of “three square meals and a living wage”. It could have been taken 80 years ago or last week, just as the hard times detailed in one of several stand-out tracks, “Get There From Here”, could be those of 1931 or 2011.

Whitmore was raised and still lives on his grandparent’s 160-acre horse farm, situated on the banks of the Mississippi in the south-eastern corner of Iowa. These facts are essential rather than extracurricular. Ground down to little more than banjo, unadorned acoustic guitar and foot stomps, his music is profoundly redolent of America’s agricultural heartland, while his voice summons up the ghost of some atavistic gospel shouter.

Signed to Southern in 2003, Whitmore’s first three records, Hymns For The Hopeless, Ashes To Dust and Song Of The Blackbird, formed a trilogy of sorts. Hard and weathered as the black Iowan soil, the mix of folk, blues and gospel initially seemed a million miles from his origins playing at punk shows in Iowa City. Then again, perhaps not. In its unsparing desire to cut directly to the heart of the matter, his music walked the wire connecting Ralph Stanley to Minor Threat.

Given Whitmore’s ultra-minimalist aesthetic, the addition of cello, keyboards and backing vocals on 2009’s Animals In The Dark felt like a seismic shift. Lyrically, too, the focus widened, several songs railing against the political machinations of the Bush era. Field Songs backs away from such matters. As its title implies, it returns unequivocally to the earth. Entirely self-played, Field Songs thrums with the sounds of rural life. Cocks crow, birds cheep, water flows and bees buzz, while Whitmore seeks transcendence through simplicity. On “Don’t Need It” he renounces everything except his own iron will; as if to prove the point, the song is stripped to just a thudding heartbeat rhythm and skeletal banjo.

Much of the imagery in his lyrics is deathly, borrowed from old blues and gospel. We might find Whitmore “rowing to the other shore”, or laying down his earthy load in the bleak blues of “Bury Your Burdens In The Ground”. The loss of both parents in his teens is revisited on “We’ll Carry On”, where Whitmore addresses the departed and finds solace in memory and nature’s resilience: “The birds are still singing”. Similarly, on “Everything Gets Gone” he measures the precarious nature of his own fleeting existence against the trees, hills and rivers that surround him.

Elsewhere he gazes far beyond his farm fence. “Let’s Do Something Impossible” is a rousing call to arms which finds inspiration in history’s heroic acts of opposition, from the French Resistance to Custer’s vanquishing at Little Bighorn. “Field Song”, meanwhile, has more than a hint of Springsteen’s widescreen grandeur. Telling an alternative history of agricultural America, it follows the original pioneers out west, tracing their progress through the rigorous decades of factory-farming and barn-burning.

If the sense of hard-won victory here is palpable, the closing “Not Feeling Any Pain” feels more like a valediction. Seeds die, crops fail, the rains don’t come, even death – that hard arbiter – won’t answer the call, yet Whitmore “toasts the setting sun” and rages joyously against the eternal struggle, ultimately finding reassurance in the fact that we’re forever at the mercy of nature’s whims. For what keeps Field Songs on the right side of unyielding darkness, what keeps it ringing with an affirming note of beauty, is the certain knowledge that however black it gets, “the sun’s about to rise”.
Graeme Thomson