Too long in exile: Van Morrison acknowledges his youthful indiscretions 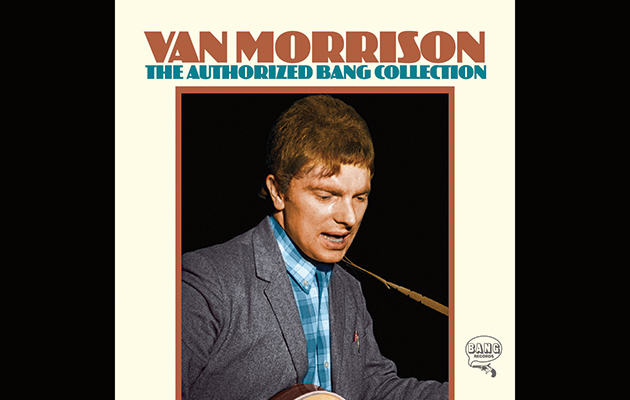 Buried in the green grass of his breakthrough solo hit, “Brown Eyed Girl” – a reflection on a relationship that, even at 21, seems to have happened a painful forever ago – Van Morrison lets out a quiet yelp. “So hard to find my way,” he sings. “Now that I’m all on my own.” His 1967 in essence. While many fellow Brit R&B refugees were enjoying the new possibilities of that gilded psychedelic summer, the former Them frontman was stranded in America, brooding over the release of an embarrassing debut album, panicking about being deported back to Belfast, and worrying that his producer, label boss and mentor Bert Berns had permanently cramped his style.

To make things more fraught, Berns died aged 38 of heart failure on December 30, 1967, leaving Van trapped in a series of onerous contracts, at the whim of Berns’ mob backers and his widow and Bang Records partner Ilene. “I was supposed to go in the office to meet him and the next day I found out he was dead,” the 71-year-old recalls in the sleevenotes to this definitive guide to his annus horribilis. “I was totally shocked; I couldn’t really take it in.”

But for Berns’ belief, Van Morrison might have been sucked back on to the showband circuit that spawned him. Famous for writing “Twist And Shout” and “Hang On Sloopy”, as well as Them’s signature hit, “Here Comes The Night”, the Bronx-born music biz all-rounder offered Van Morrison seemingly his only hope of post-Them fulfilment, inviting him to New York to record eight tracks for his Bang label in March 1967. However, it was an offer with artistic and financial strings attached.

For all its steel-sprung brilliance, “Brown Eyed Girl” echoes the finger-poppin’, clubland R&B that Berns dealt in as an Atlantic staff producer in the early-’60s, and the hotshot session musicians who embellish the deathwatch Beatles of “TB Sheets” hark back to similarly groovy times. “I think it should be freer,” Van Morrison says, his thick Northern Irish accent interrupting a take of “He Ain’t Give You None” on Disc Two, to little effect. His wishes are ignored again on a run through dupes’ confession “Who Drove The Red Sports Car?”: “Why the fade out, man? Why the fade-out? It’s just the beginning!”

His lack of control was underlined after “Brown Eyed Girl” breached the US Top 10; royalties were not forthcoming, and Bang released all the products of those first sessions in an incongruous psychedelic sleeve as Van’s debut album, without his permission. Berns supplied a gauche cosmic sleevenote for Blowin’ Your Mind!, but it was more supper-club filler than mind-expanded killer, Van grumbling 50 years on: “If I’d thought it was an album I’d have approached it a whole different way.”

Under contract, he had to put up, and cut several more songs for Bang later that year – “The Back Room” and early versions of “Madame George” and “Beside You” among them. However, Berns’ production techniques continued to make hackwork of his sophisticated wordplay. “It was, I thought, overproduced,” he writes. “So, it pushed me back into something else, starting again with Astral Weeks… creating more space.”

However, the segue from this first phase of his career to the next was not seamless. After Berns’ demise, it took a reported $75,000 to Ilene Berns, and $20,000 to the mob, to extract him from his Bang deal, while these recordings remained out of his hands, re-emerging at inopportune moments in his career like a bad case of musical shingles. Berns’ publishing company Web IV, meanwhile, demanded 36 new songs before they would let him go; Van complied with stunning bad grace.

Disc Three here details the one-man-and-an-out-of-tune-guitar Contractual Obligation session, Van supplementing the Web IV-administered songs from his late-’67 session with 31 improvised fragments, including a skein of mean-spirited pastiches of Berns’ hits, relentlessly mocking – for a captive audience of his widow and her colleagues – the producer’s Tin Pan Alley inanities and sideline in passé hep-cat talk: “Twist And Shake”, “Jump And Thump”, “Hang On Groovy”. There is also time to rage at Bang’s business practices (“The Big Royalty Check”, “Here Comes Dumb George”, “Blowin’ Your Nose”) , and indulge in mean-spirited whimsy (“Ring Worm”, “Want A Danish” and the immortal “You Say France And I Whistle”). These songs receive their first official acknowledgement with this release (which comes a few months after Ilene Berns’ death), while 50 years on, Van is feeling more generous towards the man who spared him from the cabaret circuit. “Bert Berns was a genius,” he writes. “He was a brilliant songwriter and he had a lot of soul, which you don’t find nowadays.”

Read it out loud. It’s the sound of hell freezing over.