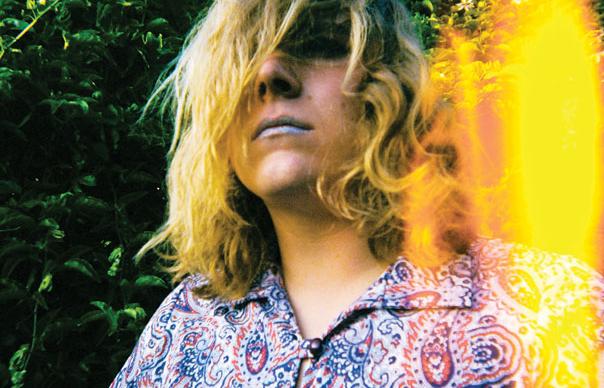 To date, the records of Ty Segall have darted around as if in open defiance of the importance of the definitive statement. The cherubic Californian, 27 years old this year, evidently sees virtue in covering a lot of ground, and quick. From the sun-baked songcraft of 2011’s Goodbye Bread to the Satanic Hawkwind space-rock of the Ty Segall Band’s 2012 LP Slaughterhouse to the depressive acoustic balladry of last year’s Sleeper – no two of his releases feel quite the same in either sound, influence, or vibe. You might well question the wisdom of this approach, but it’s hard to deny that Ty’s quicksilver muse is a good fit for his abundant work rate. Even if you’ve picked up the lion’s share of his albums to date, you still don’t yet feel like you won’t have space for another.

Manipulator might be the point when all this changes. Ty’s seventh solo album in seven years, it’s a double LP and 17 tracks long, clocking in just shy of an hour. It’s an album that feels quintessentially – perhaps definitively – Ty, touching on aspects of all his previous records: the volatile fuzz guitar, the gleefully villainous beat group pop, the noble string orchestration, the sweetly sardonic lyricism. But in contravention of the familiar rules of the double LP, Manipulator is neither a sprawling and chaotic thing, nor constructed along boldly conceptual lines. No song here exceeds the five-minute mark, and each one feels finely honed, melodically generous, and designed to penetrate your consciousness.

As ever, Ty’s music feels wise to rock history, but wickedly playful in the manner he chooses to use it; he’s not so much out to exhume corpses as make them stand up and dance. On Manipulator, Arthur Lee’s Love is an evident touchstone – most notably on “The Clock”, with its spry, flamenco-like guitar runs and genteel swoons of violin. “Feel” channels the beefier end of Nuggets garage, the likes of The Chocolate Watch Band and The Mystery Trend, with visionary-paranoid lyrics (“Feel the creeps in the sky/Let them live in each other’s eyes”) and a heroic percussion breakdown that tips back into a sea of fuzz. Strings get another outing on the glorious “The Singer”, a falsetto-flirting waltz reminiscent of the more Lennon-tinged material from last year’s Sleeper, but with a decidedly sprightlier footing.

But whereas Sleeper found Ty exploring his acoustic side, Manipulator is every inch an electric record, and we often find its diverse styles are often merely a rocky atoll from which Ty can trigger a variety of extravagant guitar detonations. The glammy Bolan shimmy of “Tall Man Skinny Lady” would be a perfectly loveable song in its own right, even before it’s caked in burnt-amp fuzz, squalls of top-of-the-fretboard shred, and a fade-out in which we hear dead strings thrashed without mercy. A careful mix ensures that the songs themselves keep their integrity even during such roughhouse treatment – although live, of course, we can fully expect them to fry like bacon.

As a symbol of Manipulator’s consistency, much of its goodies crop up towards the tail end. The febrile hippy balladry of “Don’t You Want To Know? (Sue)” ushers you gently towards the vitriolic Fuzz War churn of “The Crawler”. Here, too, there’s space for Ty’s introspective side to fan out, as on “The Feels”. “And when I look into your eyes/I realise/You’re the same as me/You’ll never be free,” he sings. A sobering thought: if a figure as flighty as Ty Segall feels chained down, what hope is there for the rest of us?

So it’s over to the growing cohort of Ty aficionados to quibble over whether Manipulator is their hero’s definitive statement to date. It lacks, for instance, the sustained punk-rock dementia of Slaughterhouse, or the thematic fullness of Goodbye Bread, with its visions of Californian paradise gone rotten on the vine. But to consider it from another direction: are we going to turn our noses up at a record that comes on, in its spirited catchiness and daring scope, like the Greatest Hits of Ty Segall? No, we’re not.
Louis Pattison

Q&A
Ty Segall
Your records often focus in on one particular area. But Manipulator feels broad, all-encompassing.
I definitely wanted to make a record that had a little bit of every sound I have worked with in the past, and hopefully to expand on these sounds. It was wild to do, and it definitely only really glued together fully in the studio. I wanted to go as far down the writing rabbit hole that I could go…

Your records sometimes feel like they pick up from unfinished moments in pop history – that weird space between folk, glam and psych in that period of Rex and Bowie…
These are huge influences of mine… I definitely like pulling sounds from things I like and putting them in different places or contexts and seeing how they exist in that place, and that was a definite thing we went for. Like, glam drums in a punk song.

The guitar sounds on Manipulator are particularly hot. What’s the secret?
[Engineer] Chris Woodhouse, my amp and the ol’ Fuzz War pedal. But if I told you the secret I would have to kill you.
INTERVIEW BY LOUIS PATTISON