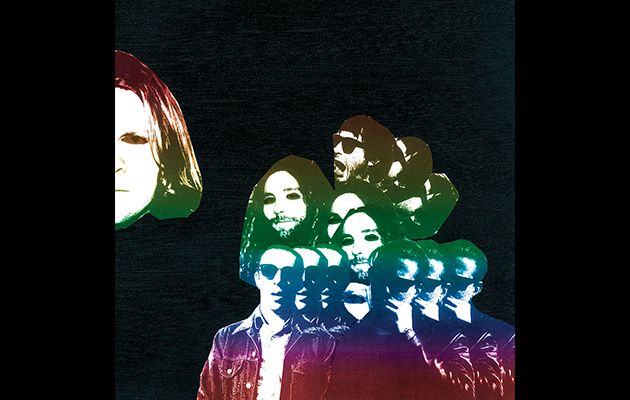 Broadly speaking, you can divide classic albums into one of two categories. There are those albums that set out to nail a definitive sound or concept with clarity and concision. Think: Revolver. The Queen Is Dead. Nevermind. And then there is that other breed of classic album, the ones that set out to  do a bit of anything and everything, and for whom  a degree of overreach is hardwired into their design. Think: Tommy. Tusk. The White Album.

In the decade that Ty Segall has been operating as a solo musician, the California native has run along both tracks. There have been albums defined by their laser-focus – think 2012’s Stooges-meets-Hawkwind ripper Slaughterhouse, recorded under the auspices of the Ty Segall Band, or the downbeat acoustic psychedelia of the following year’s Sleeper. But Freedom’s Goblin is on the other track. Made in five different studios across the US, clocking in at 75 minutes in length, and boasting no concept or defining principle beyond the rather loose idea of freedom itself, it is – to say the least – unwieldy. Yet perversely, it also feels like Ty’s finest moment to date. Ten albums in, and in his 30th year on Earth, Ty Segall just keeps getting better.

Perhaps it makes a weird kind of sense that Ty’s most unrestrained album stands among his best. Working in a field, garage rock, that can be prone to an excess of conservatism, Ty is a born disruptor, mixing sweet waltzes with terrific noise, embracing elements of artifice and theatre – the silver lipstick, the Barrett-meets-Bolan croon – and turning out mangled cover versions that dance around the line between tribute and parody. Like his friend John Dwyer of The Oh Sees, Ty is wise to rock history but, crucially, not beholden to it, rather too anarchic and footloose to linger in any one band’s shadow. “Move fast and break things,” was for a while the motto of another California resident, Facebook founder Mark Zuckerberg. If the techies hadn’t got there first, it might have made a suitable catchphrase for Ty.

Freedom’s Goblin was recorded in piecemeal fashion, some tracks laid down in Ty’s home studio, others recorded while out on tour with The Freedom Band – long-time collaborators Mikal Cronin on bass and brass and Charles Moothart on drums, along with more recent recruits Emmett Kelly on guitar and Ben Boye on keys. No real attempt is made to smooth its fragments into an end result that feels polished or linear. On the contrary, its wild, ‘White Album’-style swerve through sounds and styles is all part of the design, and it is shot through with a spirit that is both bewildering and intoxicating.

For a glimpse of the breadth of Freedom’s Goblin, let’s take the first four songs as a case study. Opener “Fanny Dog”, a tribute to Ty’s canine companion, is cocksure and anthemic – think Lennon by way of Liam – with guitars and horns bound together into rousing tickertape fanfares. The following “Rain” is phrased like a gothic love letter, Ty’s jaundiced croon beckoning in dark clouds (“I’m sick of all sunshine/I wish I could make it blue for you”) as fingers wander mournfully around a piano and bass notes conjure a mood of curdled dread. “Every 1’s A Winner” is a cover of Hot Chocolate’s 1979 disco hit, performed with killer caveman drums, karaoke-night falsetto and the sort of big chunky guitars that belie the hands of master engineer Steve Albini at the controls. Then comes the deeply strange “Despoiler Of Cadaver”. A deviant funk number inspired by Sly & The Family Stone at their most strung-out and dissolute, it bumps along on the clip-clop of a cheap drum machine, a bassline flexing itself into all sorts of kinky contortions as Ty weaves an icky zombie fantasy punctuated by slimy wah-wah. It’s weird, but weird-good, daring you to dismiss it as a novelty, and then fixing you with a hard stare ’til you back down.

As you’ll be beginning to understand, pinning down Freedom’s Goblin to any one thing in particular feels like a Sisyphean task. However, we can certainly identify some key hallmarks that run through the record. One, there is brass – not for the first time on a Ty Segall record, but here it’s all over the shop, Mikal Cronin both arranging for a small trio, or striking out alone on the sax, adding gleefully sleazy tones to the strutting “The Main Pretender”, jagged squalls to the seething James Chance-style punk-jazz of “Talkin 3”, or letting loose with a gorgeous, uplifting solo over the coda to sweet country-soul number “My Lady’s On Fire”. Two, the influence of funk and disco feels like a constant, manifesting in squirming bass play and some enjoyably absurd falsetto.

In practice, though, ploughing through the record is like being dealt wild card after wild card, or sitting by a loaded jukebox that turns out gems all night. “Meaning” starts off sounding like an outtake from a lost Can rehearsal, all mechanical Jaki Liebezeit drums and obscure scrawls of Michael Karoli guitar, and then without warning morphs into a snotty hardcore rager with thrashed drums and vitriolic vocals from Ty’s wife Denée (“I sense  fear in freedom/I see judgment in your  eyes/And when you say you know/I’ll say, NO!”). There’s another rocker in the shape of “She”, a heads-down chugger that recalls Black Sabbath’s “Paranoid”, or even the work of the desert-dwelling stoner groups that followed in their backdraft – Kyuss, Monster Magnet, et al.

Then there’s the weepies. “The Last Waltz” is a tearful tribute to a deceased paramour that’s played as an inebriated barroom singalong, Ty’s multi-tracked vocals run in stereo so the listener is placed right in the thick of a drunken choir. Meanwhile, “Cry Cry Cry” reaches for heartbreak from a more respectable angle – a country-rock weepie in the vein of Roy Orbison or The Everly Brothers that lays the pathos on with a trowel. (That it’s followed by the bandit stomp of “Shoot You Up” is one of the firmest examples of the album’s perverse sequencing and roundabout moods – from heartbroken cowpoke to remorseless gunslinger in the blink of an eye.)

Along the way, there is rocket-powered glam (“When Mommy Kills You”), fey outsider pop (“I’m Free”, a song written by King Tuff’s Kyle Thomas) and “5 Ft Tall”, which genetically splices Mudhoney and The Beatles. It all winds up on the appropriately titled “And Goodnight”, an electric rewrite of the title track from Sleeper that billows out to 12 minutes on a wave of Crazy Horse-style fretboard abuse. Ty covers himself – and why not? Most great double albums spring from bands with multiple songwriters, the natural result of several creative muses jockeying for attention. Here, it’s just Ty and his goblins, working out new ways to take  a form as seasoned rock’n’roll music and make it raw and weird again.

Conceivably, you could imagine purists taking issue with aspects of Freedom’s Goblin – the transparency of influence, the sporadic silly voices, the occasional sense that it’s all a bit of a goof. But Ty backs up his sense of mischief with an incorrigible songwriting talent, and across 19 tracks he barely puts a foot wrong. He may in the future make more focused or coherent albums, but Freedom’s Goblin is a perfect paradox. In its boundless invention and determination to never, ever be pinned down or boxed in, it is perhaps the neatest encapsulation of Ty Segall’s artistic temperament yet committed to wax.