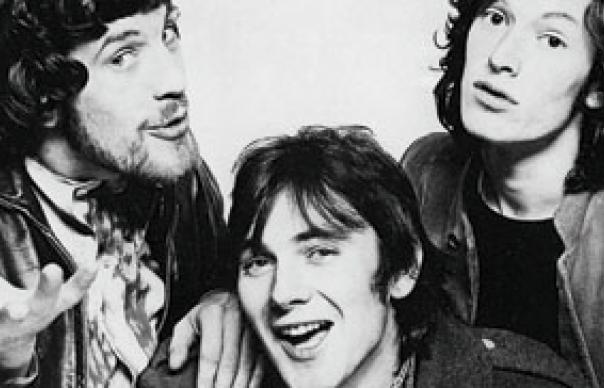 Towards the end of 1969, Traffic had ground to a standstill. The ever-errant Dave Mason had left for the second time during the making of 1968’s Traffic. The remaining group gradually dispersed to the four winds, following the gusts of change that so unsettled rock and pop at the end of the decade: drummer and lyricist Jim Capaldi and all-purpose hornster/flautist Chris Wood blowing into a raft of session work, Steve Winwood joining Eric Clapton and Ginger Baker in Blind Faith, and later briefly volunteering for Baker’s Air Force.

But Winwood had also conceived of a solo album, working title ‘Mad Shadows’, featuring him on everything. However, the loneliness of the studio didn’t agree with him, and in February he reconnected with Capaldi and Wood, booked time at Island and Olympic Studios, and began what would become Traffic’s most consistent album.

With three tracks per side, and barely stretching to 35 minutes, John Barleycorn Must Die is short, almost an EP by today’s measures. It’s a trio record with an economical sound canvas, occasionally – as on “Stranger To Himself” and “Every Mother’s Son” – reduced to a duet of Winwood and Capaldi, and this new remaster reveals more detail in Winwood’s background shadings of silted-up organ and electric piano, engorged occasionally into fuzzy red levels.

The title is misleading, calculated, no doubt, to chime in with the pastoral mood of the times. 1970, of course, falls bang into the great phase of British rural psychedelia and folk-rock: the foundational year of Steeleye Span, a time when the likes of Forest, Trees, Fairport Convention, Vashti Bunyan, Led Zeppelin and many others were all lacing their moonshine music with inspiration from real or imagined communion with Britain’s folkloric heartland. By making “John Barleycorn” the flagship song, Traffic – sometime residents of a suitably psychedelic rural retreat in Aston Tirrold, Berkshire – were making a last effort to harvest some fashionably rustic associations. That’s backed up by the engraving of a bushel of barley on the front cover, on background of ochre burlap, and lettering in a kitschy log-based font.

But in truth, John Barleycorn is a much more sophisticated affair, pointing more towards jazz and improvisation than folkish simplicity. Their arrangement of the song is a beautiful and economical one, the slightly soured tuning on the acoustic guitar offset by Chris Wood’s gorgeous, flighty flute trills.

And yet the opening instrumental “Glad” is far from folk-rock. Slamming in with a Motown-style backbeat ticked off on the rim, Winwood’s piano is spiced like a cocktail snack, a soul-jazz lick flavour alternating with horn-stings and Wood’s ‘electric saxophone’, doubled through wah-wah and distortion pedals, creating a psychedelic dialogue with the acoustic instruments.

The maudlin “Freedom Rider” is the album’s weak link, while “Empty Pages” – “A song about boredom” as it’s introduced live – rolls amiably on some very tight drum work from Capaldi. On “Stranger To Himself” Winwood plays all instruments, from the expansive drum pattern to interjections on electric guitar and a sitar-like acoustic. “Every Mother’s Son” features some of his finest organ playing, wrapping the whole song in a pearly marmalade comfort blanket.

Traffic showed flagging interest in digging where contemporary folk-rockers delved, and from here on their music became a cosmopolitan, auditorium-funk gumbo. The November 1970 Fillmore East live material included on the second disc doesn’t even include “John Barleycorn” in the setlist. After a minute and a half of dressing-room ambience, Bill Graham announces, “In association with Her Majesty the Queen… we bring you Traffic”. It’s an electrifying set – including new track “Medicated Goo” and a 14-minute, loose-limbed medley of “Glad” and “Freedom Rider”, that only sags on the lumbering “Who Knows What Tomorrow May Bring”.

Even if they didn’t subsequently embrace the folk mythos, the pagan spirit of John Barleycorn worked its ancient magic upon the group, resurrecting these “three men came out of the west”, and granting them another four circuits of the sun.
ROB YOUNG