TOM WAITS – BAD AS ME 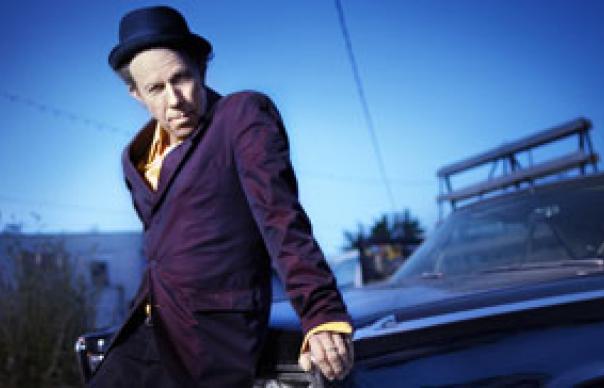 Tom Waits keeps his audience on the edge of their seats. Which sector of his fanbase is going to be more pleased by his new work? The avant-gardists who enjoy Waits’ irregular dabbles in the legacies of Frank Zappa and Captain Beefheart? Or the traditionalists who prefer it when he writes songs, with tunes and choruses and so forth?

Waits even appeared to acknowledge this factionalism on a recent album, 2006’s Orphans: Brawlers, Bawlers & Bastards. This was nearly 60 songs corralled onto three discs, split between the old-school rock songs (“Brawlers”), the closing-time laments (“Bawlers”) and the experimental meanderings (“Bastards”) which can sound, to the unappreciative, akin to an inebriate attempting to navigate a dark alley full of dustbins.

Bad As Me contains a more modest 13 tracks – the deluxe edition has three bonus tunes, none of them quite up to the stellar standards of the rest of the album – and sounds like an attempt to reconcile Waits’ governing contradictions. Nothing here would frighten off those who have swooned to “Jersey Girl”, and nothing here would strike those who thrilled to Bone Machine as compromised, meek or anodyne. Bad As Me has something of the aspect of a Tom Waits best-of, yet comprised of new material.

Proceedings commence at an urgent pace, with the fevered pulse of “Chicago” – a peculiarly and definitively Waitsian stew of simmering jazz underpinned by a banjo and the duelling guitars of long-serving sideman Marc Ribot – his strings, as ever, sound somehow tauter than anyone else’s – and Keith Richards, previously a guest on Rain Dogs and Bone Machine. “Chicago” is brief, bracing and ends with a whoop of “All aboard!”. “Chicago” has what was doubtless the desired effect, of informing the listener that they’d be well-advised to keep a firm hand on their hat, for a wild ride beckons.

There’s a barrel-chested, big-hearted swagger about Bad As Me, Waits determined to subsume every one of his personas in a lusty embrace – he has never before sung in so many distinct voices on one album. For the fabulous old-school quiff-bobbing rockabilly of “Get Lost”, Waits conjures a strained, lurching croak, evocative of an adolescent’s ungovernable larynx. The words, which refer to ’60s disc jockey Wolfman Jack and quote Elvis Presley in their homage to the effects of being kissed by a girl in a “real tight sweater”, summon the first heady flushes of rock’n’roll, set to the guitars of Ribot and Los Lobos’ David Hidalgo.

The title track finds Waits in yelping street preacher mode, as if someone has set light to his cassock mid-way through the sermon. On “Raised Right Men”, to which Red Hot Chili Pepper Flea contributes frenetic bass, a clatter of detective series theme music brass plays off a monotonous tock of guitar, while Waits declaims and hollers like Nick Cave (although, of course, to no greater extent than that which Nick Cave declaims and hollers like Tom Waits). Most extraordinary is “Talking At The Same Time” on which Waits unleashes an uncharacteristic but effective high-pitched croon which suggests Smokey Robinson with a hangover. This funereal shuffle also boasts one of Waits’ better zingers in its opening couplet – “Everybody knows umbrellas will cost more in the rain.”

Bad As Me is an almost anti-modern record, little in its musical or lyrical vernacular dating from much later than the 1970s. This is no problem at all – it’s a language that the sixtysomething singer speaks like the native he is. A couple of tracks, indeed, flaunt the nigh absurd period detail of artificial vinyl crackle. “Kiss Me”, which wouldn’t have sounded askance on such late-’70s Waits albums as Foreign Affairs or Blue Valentine is a typically cock-eyed Waits devotional, a plea to a long-suffering paramour to “Kiss me, like a stranger, once again.” The stumbling waltz “New Year’s Eve” shares with “Tom Traubert’s Blues” the appropriation of a hoary standard in the coda – “Auld Lang Syne”, in this case, rather than “Waltzing Matilda” – and is an exquisitely wrought drunk-tank dispatch which reminds how much The Pogues in their prime owed to Waits (“The stars looked like diamonds/Then came the sirens.”)

The formidable peaks of Bad As Me are the moments at which Waits weeps most abjectly and struts most imperiously. The best of the former tendency is the accordion-laced “Pay Me”, an endearingly snivelling soliloquy reminiscent of “Saving All My Love For You”, starting with the declaration “They pay me not to come home,” and becoming actually more gloriously maudlin. Of the latter variety, the astonishing “Hell Broke Luce” casts Waits as a vengeful veteran of a recent conflict (“A Humvee mechanic put his Kevlar on wrong”), intoning his grievances in a call-and-response martial marching drill with percussion provided by stamping boots and automatic gunfire.

It was always likely that growing older would suit Tom Waits. His have always been songs of experience, and they command ever greater authority as his growl grows more guttural and he eases further past the point of having to care what anybody thinks. On the gleeful Dr John swing of “Satisfied”, Waits effectively announces that he no longer has the time or inclination to concern himself with a lesser calling than his own amusement: “Now Mr Jagger and Mr Richards,” he cautions, and one of them is close enough to hear him, “I will scratch where I’ve been itching.”

Bad As Me is the sound of a supremely confident artist convening a raucous celebration of his own myth, and is multifariously marvellous.
Andrew Mueller