Petty and band return with their hardest-rocking album in 25 years. Oh yeah, all right! 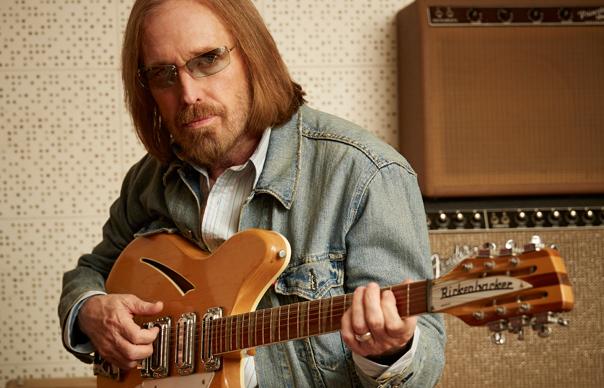 Petty and band return with their hardest-rocking album in 25 years. Oh yeah, all right!

It’s a shame that album covers are rarely equipped with the catchy taglines that are routine for movie posters. Maybe music consumers ought to get their own equivalents to “in space no one can hear you scream” or “an offer you can’t refuse.” If that were rectified, the Hollywood marketing team would have an easy task with Hypnotic Eye, the 13th studio album by Tom Petty and the Heartbreakers. “The snarl is back!” the print would read in bold red type, perhaps with a few more exclamation marks to drive the point home.

Of course, Petty’s staunchest loyalists would cringe at such a crass display of hype, as would the man himself, who put his latest collection together with the usual degree of care over three years at his home studio in Malibu and the Heartbreakers’ rehearsal space in Hollywood. Yet the diehards would still be plenty pleased to see those words and even happier to hear the songs that justify their presence. After all, that snarl was a key part of Petty’s delivery in “Baby’s a Rock ‘n’ Roller,” “I Need to Know,” “Refugee” and many more of the songs that form the core of his catalog. Conveying all that it is to feel jilted and jaded, sour and snide, adolescent and very badly aggrieved, it was arguably his best weapon on over his extraordinary early run of albums with the Heartbreakers. That was before he began to mess around with the original template, a radio-ready combination of garage-rock muscle, Byrds-ian jangle and the sound of a scrappy Florida kid with a serious chip on his shoulder and so much to prove.

As strong as much of Petty’s music has been in the decades since, it’s been hard not to miss that snarl, especially on the albums that could’ve used it. The mellower Petty of recent years did just fine without it on Highway Companion (2006), a consistently fine if unsurprising re-teaming with Jeff Lynne, and his more engaging 2008 reunion disc with his pre-Heartbreakers outfit Mudcrutch. That album’s mid-album epic-length rambler, “Crystal River,” also boasted a spirit of adventure that even the diehards hadn’t expected to encounter again.

Instead, the snarl’s absence was more keenly felt on Petty’s last two albums with the Heartbreakers. Full of Petty’s pique over the state of the music industry, The Last DJ (2002) had the muscle but not the tunes. A letdown to anyone who thought Mudcrutch’s revival might rejuvenate the better-known band that succeeded it, Mojo (2010) was a bluesier, jam-heavy affair that too often turned torpid.

But lo and behold, the snarl’s right there for all to hear in “American Dream Plan B,” a suitably punchy opener for Petty and the Heartbreakers’ hardest-rocking set in a quarter-century or more. With its snarky statements of defiance – “I’m half-lit, I can’t dance for shit/ but I see what I want, I go after it” – the song is clearly born for that snarl and Petty delivers it with relish. When set against the intertwined guitars of Petty and Mike Campbell on “All You Can Carry” and “Forgotten Man,” it’s even better. Whereas its return might’ve smacked of yet another rocker’s effort to recapture his long-gone youth (Petty turns 64 this year), it suits the surliest songs here, seeing as their sentiments have less to do with the small-town desperation of Damn The Torpedoes than it does with the frustration and fatigue felt by a greyer, grizzlier self who’s pissed to get caught in the same old dramas. As he sings in “All You Can Carry,” “You and I have burned every bridge/ And now we gotta save our souls again.” In “Power Drunk” — a menacing blues-rock rumbler that gets an unexpected lift from an expertly placed middle eight — what gets him riled is the fat-headed hubris of any man who “starts believing there’s nothing out of his range.”

Petty’s delivery is more tremulous but just as dramatic in the fuzz-laden “Faultlines” and “Red River,” in which the plaintive passages of Roger McGuinn-worthy sweetness give way to more thunderous demonstrations of the undiminished prowess of Campbell and keyboardist Benmont Tench. As revitalized as Petty often sounds, the Heartbreakers may be even livelier. Whether it’s Tench’s barrelhouse vamping on “Burnt Out Town” or drummer Steve Ferrone’s Sandy Nelson-worthy pummeling on “Forgotten Man,” the band play with a sense of vim and vigour that was largely AWOL on Mojo. Nor do they let the tension slacken on Hypnotic Eye’s less obviously aggressive songs, like “Shadow People,” the album’s slow-burn closer and longest track at over six minutes.

Perhaps the Heartbreakers sound so powerful because Petty seems to be writing with them in mind, which hasn’t always been the case on the albums that bear their imprimatur. Nowhere is this clearer than on “You Got Me High,” a song whose terrible title might’ve been more forgivable had it appeared on the sleeve for Hard Promises. Nevertheless, with its masterful synthesis of chunky riffage and a softer psych-pop lilt that betrays Petty’s enduring love of the Zombies – the Heartbreakers’ cover of “I Want You Back Again” was in the set for last year’s rarities-centric tour – it’s the most convincing example of the album’s modus operandi. If Hypnotic Eye was just about the snarl, it’d lose steam fast. Instead, it’s only one element of a story that’s bigger and richer, which is how a storied American band returned to the core principles of yesteryear without having to pretend to forget all they’ve learned in the meantime.
Jason Anderson