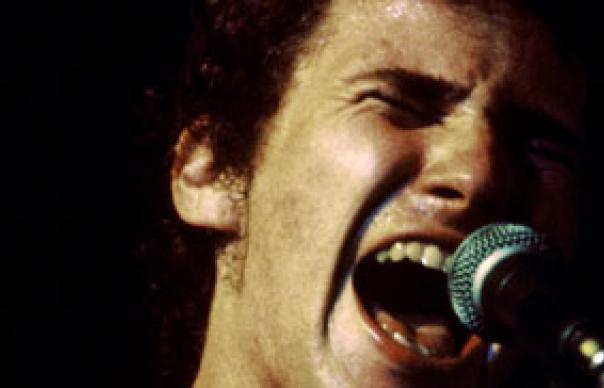 From the day it opened in 1957, Izzy Young’s Folklore Center fast became a Greenwich Village landmark. Part music store, part community nexus, and wholly devoted to the developing folk scene, the venue boosted countless careers during its 16-year run – not least Bob Dylan’s; Izzy Young himself promoted Dylan’s first concert proper. “Izzy was a switchboard,” wrote the late Dave Van Ronk in his entertaining memoir, The Mayor Of MacDougal Street. “When he opened that little hole, there was suddenly a place where everyone went, and it became a catalyst for all sorts of things.”

By 1967, though, acoustic guitars were out, and even Van Ronk – hardly a latent rock’n’roller – had gone electric with his band, The Hudson Dusters. Despite the struggle, though, Young continued to shepherd an astonishing array of new artists into public consciousness – Joni Mitchell, Emmylou Harris, Patti Smith. And a 20-year-old Californian kid called Tim Buckley.

Here was a can’t-miss prospect, loaded with charisma and angelic good looks, the songs of a poet, and a spellbinding five-octave voice. Intense, mysterious, mercurial, Tim Buckley arrived at precisely the right moment, 1966 – Dylan having gone electric, the first stirrings of psychedelia – to help ring in pop’s radical new direction.

Turns out, Buckley, with later forays into jazz fusion, improvisation, and other harmonic experimentation, was among his generation’s most radical artists. In time, that was a recipe for a protracted downward commercial spiral, and, when mixed with his predilection for hard drugs, an inglorious death in 1975 at age 28. Given the luxury and distance of time, though, Buckley, like Gram Parsons, Nick Drake, et al, emerges as a romantic figure, an idealist who embodied some of the era’s highest ideals: staunch resistance to compromise; a constant, innate need to push artistic boundaries; a determination to put art before careerism.

All of which makes this recording a virtual Buckley ground zero, such a breathtaking document. Recorded before a tiny, polite audience, it presents a fleeting vision: Buckley as wet-behind-the-ears folksinger, stripped down to just voice and guitar, pouring out 16 subtly complex, inner musings of the soul.

In early 1967 Tim Buckley was still raw, a bit formless. His voice, an impossibly powerful, graceful tenor, could move listeners through a kaleidoscope of emotions, but also had a tendency to lapse into melodrama or histrionics. Buckley was just beginning to get his sea-legs as a songwriter, and while dry-run folk-rock set Tim Buckley – his late-’66 debut for Elektra – had shown flashes, in the big picture Buckley was little more than yet another world-weary troubadour in a post-Dylan world.

…Folklore Center is the first tape to catch Buckley solo, and stands in stark contrast to the studio ornamentation and overdub-happy creations found on his studio recordings. His repertoire is in transition, moving from derivative folk/blues into the atmospheric, drifting balladry that would soon mark his best work. There’s precious cargo here, too. Reputedly many original Buckley songs have been lost to time, but this tape contains
six previously unknown or unrecorded songs.

From the opener, “Song For Jainie” the songs tumble out in a rush of adrenalin and ringing/droning guitar, images of inner turmoil piling up in eloquent verse. Buckley’s tone is regal, reverent, serious – this is not light listening. His voice, ethereal, precious, operatic, commands the material, and he consistently zeroes in on the jagged emotion of the songs, pulling hurt and anger to the surface in “I Never Asked To Be Your Mountain,” or capturing love’s first dizzying rush on “I Can’t See You”.

Though influenced by Dylan, Buckley was more enthralled by another Village legend – Fred Neil. A buoyant adaptation of Neil’s “Country Boy” is the penultimate song, Buckley leaning into its rather uncharacteristic aw-shucks sentiment with urgent vocal runs and rapid-fire strumming. Buckley’s Neil fixation is more overt on the cadenced phrasing of “Just Please Leave Me”, a trademark kiss-off song, and one that has gone unheard on record until now. Cool as Buckley’s blues workouts are, though, they represented stasis.

A cover of Neil’s then-new “Dolphins” – poignant, pensive, conveying a
seen-it-all-before ennui – – cuts deeper, opens up more room to stretch, and that’s where Buckley was going. The madrigal drone of “Phantasmagoria In Two” strikes a similar brooding tone, reflecting an introspective take on the chaos of the times. And when Buckley (with co-writer Larry Beckett) tackles the overtly topical “No Man Can Find The War”- brilliantly turning the subject of Vietnam outside in (“Is the war inside your mind?” he sings), the song’s sombre vibe hits a nerve.

Those superb unreleased songs, especially “Cripples Cry” and “If The Rain Comes”, with their old-world melodies (the mind boggles at potential Sandy Denny interpretations), provide a glimpse at what was lost as Buckley raced to defy expectations time and again. But it’s all fascinating; a fly-on-the-wall glimpse of the development of folk-into-rock and Buckley’s ephemeral odyssey of a career.