This Is Shane Meadows 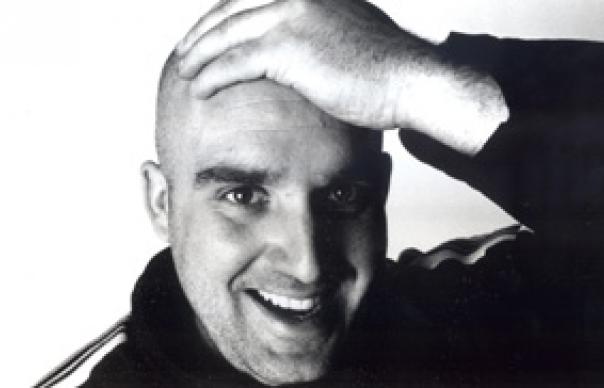 The action takes place in a small town, probably near Nottingham, left ruined by the multiple idiocies of Thatcherism. The focus is on a few boys, either just entering or leaving adolescence, who don’t have much of a paternal role model or, really, much of a purpose to their lives. One day, a charismatic figure arrives to galvanise them into some kind of action. There’s an explosive and terrible act of violence. Followed, finally, by a sort of redemption.

Which Shane Meadows film are we talking about here? 24/7? This Is England? A Room For Romeo Brass? These are some of the very best and most humane British films of the past decade or so. Once Upon A Time In The Midlands (not included in this box set) is a bit closer to primetime sitcoms. Dead Man’s Shoes is bleaker, more barbaric – and, perhaps significantly, set in Derbyshire rather than Nottinghamshire. But really, they’re all the same film.

The repetition isn’t necessarily a problem, of course. Meadows keeps working over the reasons why working-class males are driven to psychotic extremes, and consequently you could just about sell him as an East Midlands Scorsese. He’s certainly as sentimental about where he comes from, and as keen to find poetic resonances in ordinary lives. Like Scorsese, Meadows knows how to use a good tune: as Bob Hoskins shaves and Van Morrison’s “Wild Night” blares out in 24/7 (1997), the prospect of ballroom dancing with his aunt is invested with thrilling Dionysian potential.

Meadows has his own De Niro, too, in the awkward shape of Paddy Considine: weird, intense, uncomfortably funny, often absolutely terrifying. He is not remotely funny in Dead Man’s Shoes (2004), mind, the slow and horrifying revenge thriller that Considine wrote with Meadows. As Richard (Considine) meticulously torments the gormless bullies who hounded his brother to death, the atrocities he commits are made righteous and plausible by the seriousness of his manner.

In A Room For Romeo Brass (1999), Considine’s Morell initially appears to be a figure of fun, a “bloody gizzoid”. A loner who crashes into the lives of Romeo (Andrew Shim) and Gavin (Ben Marshall), Morell falls for Romeo’s sister (the brilliant and unheralded Vicky McClure, Meadows’ finest actress, who also excels as Lol in This Is England) and dreams, like Bob Hoskins in 24/7, of taking her to the only paradise he can imagine: Scarborough. Soon, though, Morell is revealed as an authentically deranged stalker, threatening first Gavin, then Gavin’s depressed, unemployed father. It’s Meadows’ best film, emotionally complicated and hugely moving, with Considine at his most strange and compelling.

You wonder, if Considine had played Combo rather than Stephen Graham, whether This Is England (2007) might have been an even better one. Graham is very good as the National Front gauleiter, a corrupting force in the boisterous, noble community of skinheads led by Woody (Joseph Gilgun). But you miss Considine’s wired nuances, and at times Meadows’ morality, his drive to find goodness, overwhelms his storytelling gifts.
Morality and a drive to find goodness are two of Meadows’ greatest attributes, too.

He’s a hopeless romantic and a social realist, a fine comic (he plays “Man With Saucepan On Head” in 24/7, you’ll note) and the king of manly tearjerkers. At the end of This Is England, Shaun (Thomas Turgoose) ends his brief flirtation with the NF by flinging an England flag into the sea. Clayhill’s cover of “Please Please Please Let Me Get What I Want” is playing, and you could take one of Morrissey’s lines as the key to all of Meadows’ films; “See the life I’ve had could make a good man turn bad.” Meadows, though, has more faith in the human spirit. No matter how much hardship they endure, his good men don’t stay bad forever.