The Zutons – Tired Of Hangin’ Around 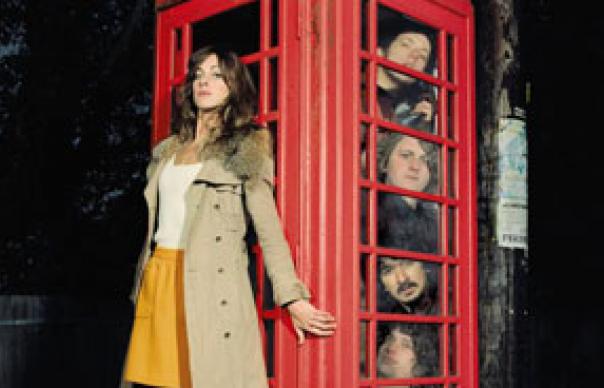 Who Killed The Zutons?, the Liverpool band’s 2004 debut, was a low-key, lingering success – selected for the Mercury prize, and quietly racking up 600,000 sales with barely a mainstream ripple. Like their mentors The Coral, The Zutons appeared to stand to one side of trends and hype, staying in a private world of surreal narratives and stewed 1960s sounds.
Little has changed. As a straight rock band in the studio, they remain four-square and a little flat. The boundary-trampling spirit that makes their music stretch out almost infinitely live remains barely tapped. What keeps The Zutons special is singer David McCabe’s lyrics, which gush from him in a mixture of emotional frankness, Beat whimsy and street sharpness, matched at their best by arrangements of disciplined simplicity.

As is the Liverpool way, there’s more than a touch of Love here, with Abi Harding’s sax giving jazzy depth to otherwise bright pop tunes. First single “Why Won’t You Give Me Your Love?” is a glam stomp that even recalls Mud’s “Tiger Feet”. But its lyric, in which the jilted protagonist “kept you in my cellar safe”, shows how McCabe spikes his sunny tunes with references to paranoia and other manic states. “You’ve Got A Friend In Me” repeats the stalker motif, as McCabe and Harding enact the most perverse pop duet since The Beautiful South’s “You Keep It All In”, till the stalker finally cracks and reveals his despair. Even the one straight love song, “Valerie”, involves trouble with the law.

“Someone Watching Over Me”, that picks through a lonely man’s nightmares over descending piano chords, is trumped by “I Know I’ll Never Leave”, a private dystopia in which the singer’s trapped inside a ghetto flat with floors that slash his skin. Like most songs here, it’s a cautionary, crazed fable, built on inner turmoil. The Zutons seem capable of fabulous music to match. For now, they’re playing safer than they should.