Resurrected again, this time as a lavish boxset. Still good. 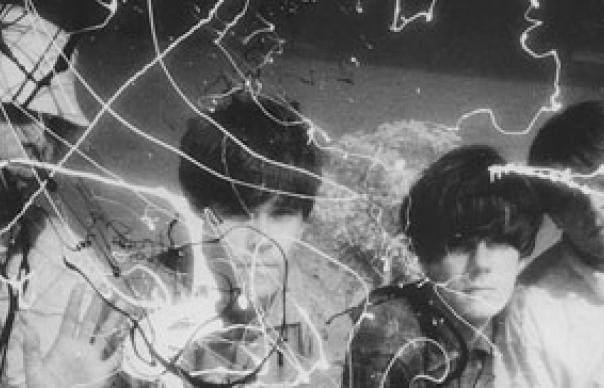 The Stone Roses’ eponymous debut (released 20 years ago, hence the ballyhoo and plethora of celebratory formats) is no longer just a much-loved record. It gets called the greatest British debut of all time. It gets credited with having blueprinted all the Britpop that’s followed it. A recent Observer poll named it the best record ever produced in these islands. Like The Godfather, Hancock’s Half Hour and Monty Python, The Stone Roses LP has joined an elite echelon of pop culture artefacts that now have a complete life of their own, far beyond the reach of mere critics, far beyond even the wildest hopes and dreams of the people who made it.

That wasn’t always the case. It’s hard to believe now, but the Roses’ first album slipped out without too much fanfare. Sure, the hipper kids and the music papers were gearing up for what became known as Madchester, but, despite some well received gigs, nobody expected The Stone Roses’ debut to be the epicentre of a nationwide phenomenon. In the NME, it got a warm reception, but wasn’t even the lead review on the page. It’s highest chart placing was a whopping 19. By December, its real importance had become evident, but it still didn’t top the end-of-year critics’ polls. NME ranked it second behind De La Soul’s 3 Feet High And Rising, a record with which, incidentally, it shares some whacked-out, groovy-man DNA. In the Melody Maker it was rated behind The Cure’s Disintegration, The Pixies’ Doolittle and Kate Bush’s The Sensual World.

So what has caused this record’s relentless elevation to the commanding heights of British musical history? As always, it’s the music, stupid. This is a simply a wonderful album, both very much of its time and, thanks to the band’s cooler-than-thou plundering of their musical heritage, gorgeously timeless as well. Where, for instance, the Happy Mondays’ utter submergence in Ecstasy culture caused their best songs to be indelibly stamped with the dance music that accompanied the whole loved-up scene, the Roses delved much wider for their sounds. Their basic pop/rock/shuffle beat formula is endlessly bent through prisms of psychedelia, dub, folk, the wah-wah symphonic soul of Norman Whitfield and ’60s pop (“Shoot You Down” is pure Merseybeat!). The resultant stew is truly a thing of beauty.

Which is nigh-on incredible when you consider that the band’s first attempt at concocting an album – the songs produced with Martin Hannett that would eventually form the Garage Flowers bootleg – had been something akin to a bloody car crash. Credit for this transformation must go to producer John Leckie and youthful engineer Paul Schroeder, who somehow had the patience and skill to deal with both the group’s magpie collection of influences and, let’s be frank here, glaring weaknesses (Ian Brown, as live experiences proved, is a hugely charismatic frontman, but a painfully hit-and-miss singer) and still produce something that captured all the twinkle and power, tenderness and grandiloquence for which the lads, in their swaggering, baggy arrogance, were aiming.

The result, even after two decades of familiarity, remains gently awe-inspiring. From the opening sneer of “I Wanna Be Adored”, where Brown asserts that the Roses are so good they can afford to stick two fingers up to the Faust/Robert Johnson-style help of the devil (“I don’t have to sell my soul, he’s already in me”) to the final guitar twiddle of the epically blasphemous “I Am The Resurrection”, this is a collection that never puts a foot remotely wrong. Even the backwards tape wig-out of “Don’t Stop” and the Simon & Garfunkel whimsy of “Elizabeth My Dear”, which in another context would irritate like tight shoes, here sound just, well, perfect. At all times the record’s evident ambition, and the band’s overarching confidence, is leavened by a disarming charm and an insouciance that borders on heroic.

It’s become fashionable to identify The Stone Roses’ May 1990 gig at Spike Island as Woodstock for the E generation, the second when all the clubbing and flares and love vibes and faith in the Manchester bands made some kind of sense, and was revealed to the mainstream as the great thing it undoubtedly was.

In truth, that moment had come six months earlier, when the Happy Mondays (cavorting through “Hallelujah”) and the Roses (tossing off “Fool’s Gold” like it wasn’t the best single of the year) both made their debuts on Top Of The Pops, when such things mattered. I can still remember the staff of NME, eschewing the usual post-work sherbets, watching the event on the office telly with a mixture of reverence and glee. A palpable sense of history thickened the air; cynical rock journalists, I swear, hugged one another.

The Stone Roses were that important, and their first album – it’s tempting to call it their only one; can anyone really listen to the benighted follow-up? – is their gift to the ages. Forget the anniversary and the contrived hype; just listen, and take it to your heart once again.