The Shins – Wincing The Night Away 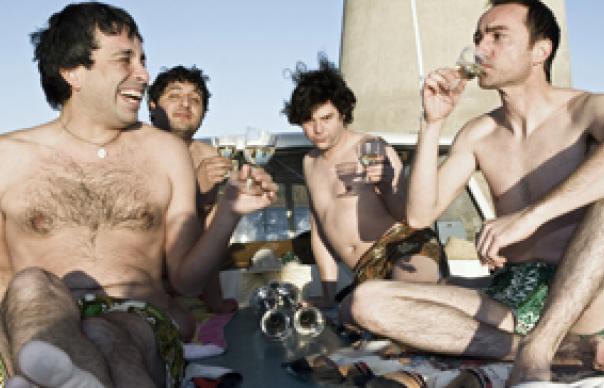 Oh, Natalie Portman: Such a blessing and a curse. When she played “New Slang” for Zach Braff in Garden State and announced “The Shins will change your life,” she both propelled the New Mexico quartet into indie-rock infamy (making them—through the combined sales of their 2001 debut Oh, Inverted World and 2003’s Chutes Too Narrow—Sub Pop’s biggest-selling act since Nirvana) and set the expectations for their next record unfeasibly high. Perhaps for this reason, the songs on Wincing The Night Away are more akin to the chiming, heart-fluttering surrealism of “New Slang” than to any of the more acoustic and spare tracks on Chutes. And while they might be less immediate, they are ultimately more indelible.

Wincing isn’t so much a departure as it is an all-out augmentation, taking the best things about The Shins and amplifying them: the sunny, impeccably crafted tra-la-la pop songwriting that’s always slightly spooky and off-kilter; the band’s propensity to fill the nooks and crannies of a song with hooks just as compelling as the chorus; and James Mercer’s knack for packing untold emotional resonance into even the slightest vocal key change.
Opener “Sleeping Lessons” wafts in on a delicate keyboard arpeggio, then explodes into a squall of lickety-split galloping guitars and Mercer’s plaintive, liberating, “You’re not obliged to swallow anything you despise”.

The Shins have always had an underdog charm, a certain cerebral nerdiness that counterbalances even their most lilting, overt pop impulses. With Wincing The Night Away, they’ve met the age-old challenge of how to evolve without losing any of what made them so lovable to begin with.