The Shins – Port Of Morrow

Career. Commitment. Can this really be The Shins? It surely can... 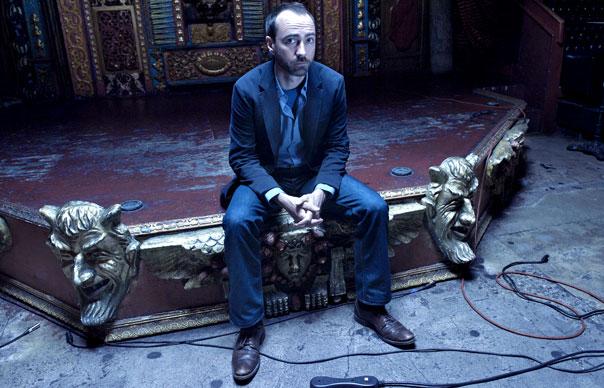 Career. Commitment. Can this really be The Shins? It surely can…

The US indie renaissance of the early noughties had its roots in Georgia’s mid-90s Elephant 6 scene. That collective laid the template for a certain kind of small-town college-rock idealism, collaboration and co-operation. But it also defined a defiant, fundamentalist indie against the MTV alt.rock mainstream of the time. On one wing you can trace the consequences of Neutral Milk Hotel’s In An Aeroplane Over The Sea – its orchestral, earnest hysteria – through Arcade Fire’s first two albums. On the other you can see how the skewed psych-pop of Apples In Stereo and even Olivia Tremor Control were instrumental to the Shins’ 2001 debut Oh! Inverted World.

Now that these bands escape the indie bars for the ampitheatres, move beyond the campus, into marriage, mid-life and mid-career, you get the sense that a different template has been adopted, a new role model for entering the mainstream with integrity. If Neil Young was the 90s indie-rocker’s ancestral affinity of choice, then in the 21st century he’s gradually been replaced by Bruce Springsteen. You could hear an adaptation of Bruce’s widescreen small-town romanticism all over the Arcade Fire’s The Suburbs, of course. And you can hear something of his way with a powerchord and unabashed sentiment on the Shins’ sterling comeback single “Simple Song”.

“I know things can really get rough when you go it alone,” sings James Mercer acknowledging that, following the departure of founder members Jesse Sandoval and Marty Crandall in 2009, the Shins is once again, as it started out back in Albequerque in 1996, essentially his solo project. For this first album in five years, mindful of how productive his collaboration with Danger Mouse on 2010’s Broken Bells was, he’s hooked up with Greg Kurstin – soft-pop sophistcate of The Bird and The Bee, but also commercial engineer of albums by Lily Allen and Foster the People.

Apparently the pair initially bonded through a shared fandom for the anglo-kosmische sounds of Clinic and Broadcast, and you can hear a little of this initial spark in the ambient clang and longwave whine that wash the shore of songs like opener “The Rifle Spiral”. However, the pair’s pop instincts ultimately prevail over more esoteric ambitions. Most successfully on “No Way Down”, a heavenly pop hit which marries radiant, sun-spangled guitars to a lyric which addresses the global plutocracy of the One Per Cent. The combination is reminiscent of the Go Betweens’ “Streets Of Your Town”. Or, on the other side of the fine line of hipness, the Crowded House of “Distant Sun”.

Indeed Neil Finn circa Woodface and Together Alone might be the most accurate comparison for James Mercer’s songs on Port Of Morrow. Tracks like “It’s Only Life”, “September” and “For A Fool” are slow strummed, bittersweet explorations of domesticity, family and memory. They’re well-turned, touching, replete with crafty couplets and plangent middle-eights… and a little well behaved. Tunes you can imagine accompanying some hard-earned moment of emotional revelation on an ITV domestic drama, the weepy money shot in a movie. Crucially their more earnest emotional undertow means that Mercer’s real gifts, the melodies that zinged through his early albums, are comparatively subdued.

The title track, however, is more suggestive, bearing the same emotional weight but drifting out into more mysterious territory. It’s a snapshot collage of twentieth-century terror, as dreamy and unsettling as Radiohead’s “Street Spirit”, which captures something of the dawning dread of parenthood: the realisation that you’re stitched into the fabric of history, suddenly profoundly invested in the precariousness of the future. Despite Natalie Portman’s exhortations, the Shins were never likely to change your life. But at moments like this, Port Of Morrow suggests that they might turn out to be exactly the kind of the band that ends up successfully soundtracking it.
Stephen Troussé

Q&A
James Mercer
It’s been five years since Wincing the Night Away – did you ever think you might not make another Shins record?
There was definitely a period when I wasn’t sure, when Wincing… was done. The weight of the relationships with these old friends, of recording, producing and touring – all those responsibilties. I felt I needed to figure something new out. So Broken Bells was a great new outlet for me.

You said early on that domestic happiness meant the new album would be less slow and sad, more upbeat. That doesn’t seem to have quite panned out…
The thing I didn’t realise was that having kids makes all the sadness of the world much more poignant. I found having children kind of pulls the veil away from the dark side of life, not the positive happy side. It is positive and enjoyable and you love them, of course, but it’s their fragility that becomes powerful.

Port Of Morrow is an industrial port in Oregon – why name the album after it?
It’s a very boring place. But it sounds awesome! Sounds like it might be a really mystical place Iike a departure point you know? Into another world. So then I think about the River Styx. And then about… death! That’s just where my head goes.
INTERVIEW: STEPHEN TROUSSE