Despite the silly title and gorilla sleeve, this 3CD compilation proves a respectable primer... 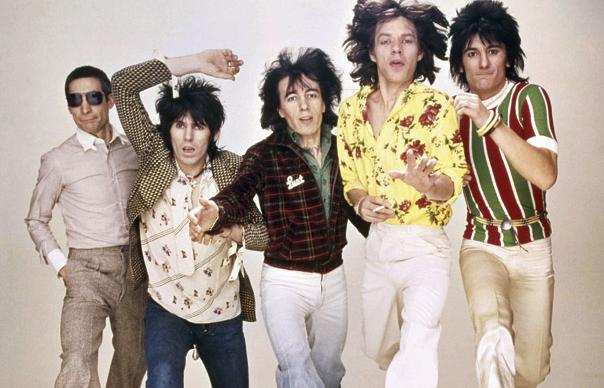 Despite the silly title and gorilla sleeve, this 3CD compilation proves a respectable primer…

And now… the end is near. As rumours point to a possible valedictory Stones tour in 2013 (they’re in France for a month of rehearsals! Keith is “sounding better than ever”!), we all have our dream scenarios of what the final gig will be like. Mine may involve a miracle or three: a slimmed-down Mick Taylor joins them onstage and plays a 19-minute solo in “Sway” while Jagger fans him with a chiffon scarf. When the curtain comes down, what will remain? Albums, films, books, ticket stubs, T-shirts and mile-high piles of cuttings. The documents of a career.

Decanting the best of this career into a 3CD compilation is no easy task, because mathematical logic dictates that you have to stop after 237 minutes, and because every song you omit is someone’s memory, someone’s wedding, someone’s life. GRRR! will not be the last Stones compilation. There may even be ones with worse titles. But it’s a respectable primer for a teenager wanting to take a chronological journey through the Stones’ history from the very first single (“Come On”) to a couple of new tracks recorded this year.

“One More Shot”, the lesser of these, is “Street Fighting Man” meets “Mixed Emotions” with more of the latter, alas, than the former. But the other one, “Doom And Gloom”, is fantastic. It’s got riffs that AC/DC would be proud of; a shaggy dog story about an aeroplane crashing in a Louisiana swamp; and a blistering Jagger vocal reminiscent of – no kidding – “Jumpin’ Jack Flash”. Permitted to access “Doom And Gloom” via an online stream for an afternoon, I played it 14 times before the link expired, mesmerised by the power the Stones put into it. When Jagger says, “Here’s a new song” at the O2 Arena, for God’s sake don’t go to the loo.

Early leaked tracklistings for GRRR! included the likes of “I’m Free”, “Heart Of Stone”, “Lady Jane”, “Bitch”, “Shattered” and “Midnight Rambler”, none of which made the final cut. The choices are far more entry-level. Disc one (1963–67) is a non-stop hit-fest that mostly parrots the first side of the 1975 double album Rolled Gold (“It’s All Over Now”, “Little Red Rooster”, “The Last Time”, “(I Can’t Get No) Satisfaction”), ending with “Ruby Tuesday”, “Let’s Spend The Night Together” and (very pleasingly) “We Love You”, the psychedelic Mellotron epic that was overlooked on the last major Stones comp, Forty Licks.

Disc two (1968–76) opens with the post-psychedelia resurgence of “Jumpin’ Jack Flash” and the Pavlovian cowbell of “Honky Tonk Women” – you could imagine a future in which disc two is offered as standard on certain models of car – before getting momentarily confused about its dates. “She’s A Rainbow” sequenced between “Wild Horses” and “Brown Sugar”?! Quickly recovering (“Happy”, “Tumbling Dice”), it finds room for Exile On Main St’s opening track “Rocks Off” (a single in France) and the 1973 US hit “Doo Doo Doo Doo Doo (Heartbreaker)”, concluding with “Fool To Cry”.

Disc three (1978–2012) is an immediate party with the disco-influenced “Miss You”, an enormous comeback hit after a disastrous period. Their critical revival in ’78 was a vindication of the Ronnie Wood line-up, but ardour soon cooled. Jagger’s falsetto on “Emotional Rescue” was ridiculed. “Start Me Up” was hailed as a return to sanity. After that it became almost adversarial – as the ’80s continued the cries for the Stones to retire rose in volume – and the tracklisting of disc three visibly acknowledges that there were problems. “Undercover Of The Night” (1983) and “She Was Hot” (1984) are followed, crazily, by “Streets Of Love” (2005) before picking up the chronological flow with “Harlem Shuffle” (1986). What happened? It looks like someone made a last-minute decision to drop a song from the Stones’ most criticised decade. Unfortunately they chose the wrong track as a replacement. “Streets Of Love” is an awful, phony, snail’s-pace, sentimental bore. Jagger is its only fan.

The last 23 years of the Stones are represented by a mere seven tunes, including the aforementioned “Doom And Gloom” and “One More Shot”. Being essentially a rock compilation, it has no space for some of the Stones’ forays into urban R&B in the late ’90s and early ’00s (“Saint Of Me”, “Rain Fall Down”), most of which Keith is understood to have loathed. “Anybody Seen My Baby?” (1997) and “Don’t Stop” (2002) are adequate, but scarcely hint at Jagger’s desire at the time to keep the Stones sounding as current as possible.

To compile the optimum Stones best of, a multi-hour marathon that would eat up most of the day, you’d need to cherry-pick from nine previous compilations and add favourite album tracks of your own. But for new fans, if GRRR! has to do, then, despite the silly title and gorilla, it will do.
David Cavanagh