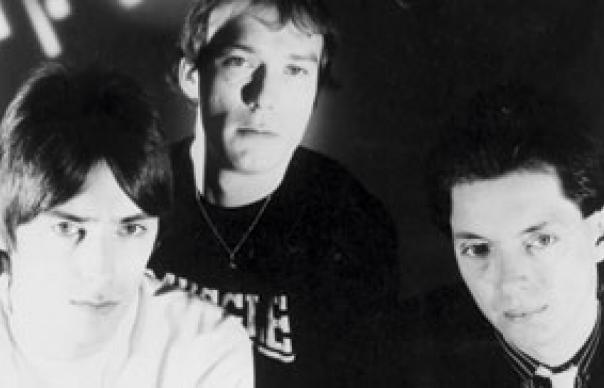 1980: The Jam are at their creative and commercial peak, after the career-saving All Mod Cons album and the brilliant “Eton Rifles” and “Going Underground” singles. The mod revival is over and Ian Page from Secret Affair is never seen again, except, weirdly, in a Nationwide item about Dungeons And Dragons. Fashions are changing, and Paul Weller – now well out of his long Pete Townshend/Dr Feelgood fixation – is tapping into new directions, telling journalists he’s been listening to Wire and Joy Division.

More significantly, he’s taken to wearing paisley shirts and little sunglasses and – as The Jam’s latest No 1 single indicates, listening to Revolver-era Beatles. “Start!” is a mini-Revolver itself, with the bassline from “Taxman”, acidy backing vocals, and backwards guitar (while the b-side, “Liza Radley”, seems in name at least to be an homage to “Eleanor Rigby”).

The Jam’s Sound Affects was their fifth in four years. It featured a new, wiry (if not Wire-y) production that seemed deliberately designed to get away from the rock sound of its predecessor, Setting Sons, and is just over half an hour long. There are lots of jangly guitars, harmonies and mid-’60s brass. Nothing at all on it sounds like Joy Division, Wire, the Gang Of Four or PragVec (although “Music For The Last Couple” vaguely resembles “Song 1”, a bonus track on Wire’s 154 album) and everything sounds like what it is – a Jam album strongly influenced by the
music of 1966.

Apart from “Start”’s Revolver-isms, “Monday” all but directly quotes Bowie’s early single “Love You Till Tuesday” while “Boy About Town” and “Man In The Corner Shop” are la-la-ing echoes of everyone from The Kinks to, well, The Beatles. All of which is run through with Weller’s unique style – from the edgy “Scrape Away” (which features a Style Council-predating French voice-over) to the furious “Set The House Ablaze”, from the cynical “Pretty Green” to the brilliant “That’s Entertainment”, Sound Affects is no weak mod pastiche album, but a proper pop remodelling of the past on Weller’s own terms.

And, more than that, it’s powered by one of Paul Weller’s classic abrupt changes of musical style. From All Mod Cons’ powering-up of The Jam’s classic sound to The Style Council, all the way into the 21st century with 22 Dreams and this year’s Wake Up The Nation, Paul Weller’s best work has been done when he’s got fed up with the music he was previously making. Sound Affects is a precursor to the restlessness of its (infinitely weaker) follow-up, The Gift; but it’s also one that fits the increasingly psychedelia-obsessed music of the turn of the decade.

That’s not to say it’s perfect. With a remix of the hit single, an instrumental track and some slightly odd clattery bits padding it out, Sound Affects is short weight at 35 minutes and several of the songs have a slightly unfinished feel to them (which may explain all those la-la-ing outros). But everything is stuffed with an energy and a commitment (and some brilliant guitar playing) which reflects the restlessness of The Jam at their best.

This new “deluxe edition” is digitally remastered to the point where you can hear tape hiss on the quieter moments, and features a selection of previously unreleased and previously released tracks. There’s the usual morass of slightly different versions of songs on the album, which tell us little except that The Jam were extremely good at making demos. There’s another instrumental. There’s an alternative version of “That’s Entertainment”, a song which history tells us was better as a demo. But they’re all good listening, and best of all is a telling and classy selection of cover versions. The Jam’s versions of “She’s Lost Control” and “Outdoor Miner” seem to have been mislaid (ahem) but we get both “And Your Bird Can Sing” and “Rain” faithfully, if hectically, rendered, and a fantastic pair of Kinks songs, a crunchy “Waterloo Sunset” and an eerily good impression of Ray Davies on a cover of “Dead End Street”.

If released at the time, these songs would have done little for a band who’d already leaned a little heavily on other people’s stuff. Here, they sound relaxed and liberated, part of a great repackaging of a fine album.
David Quantick