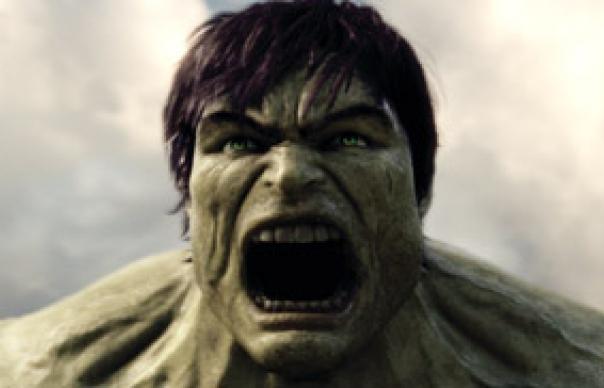 Ang Lee’s spectacularly misguided 2003 film version of The Hulk was something of a turning point in the history of comic book adaptations. By trying to bring emotional depth and philosophical musings to the party, he proved irrefutably that such highbrow ideas have no place in the Marvel’s simple four-colour universe. After all, what use are King Lear allegories when all the ticket-buying public want to see is Hulk smash puny humans?

So, we come to the 2008 version, and it’s interesting to see where Marvel itself is at before we talk about the film. Since the successes of the Spider Man and X-Men movies, Marvel’s set up its own studio (rather than franchise out its properties).

With Iron Man already out there and raking in a shedload of cash, and production underway on The Avengers, Captain America and a Wolverine movie, it makes shrewd business sense to reboot the Hulk in order that it, too, generate oodles of money.

While previously, the like of Sam Raimi, Bryan Singer and Jon Favreau had done good work on Marvel characters, the decision to hire Louis Leterrier to direct The Incredible Hulk remains relatively baffling. Here’s a man who made The Transporter series, a tediously daft bunch of sub-John Woo/Luc Besson action movies with Guy Ritchie alumnus Jason Stratharn.

So, Leterrier is hardly best equipped to do anything remotely engaging or attractive with this project, despite the now-obligatory top line cast, headed up by Ed Norton, Tim Roth, William Hurt and Liv Tyler.

It is, thusly, an incredibly programmatic film – competent is the greatest compliment you can bestow upon it – with none of the zing of Raimi’s (first two) Spider Man pictures, or the subtle allegories of Singer’s X Men films. At its best, it feels like an extended episode of the Seventies’ TV series.

And, surprisingly for a man who can do rage extremely well (American History X, Fight Club, 25th Hour) Norton is extremely disappointing as Dr Bruce Banner, desperately trying to find a cure to stop him becoming The Hulk, and on the run from both the military and Roth’s KGB agent turned monster, the Abomination.

Rather than play on the suppressed anger that fires the Hulk, Norton’s Banner is rather wimpish mimsy; more flight than fight. You might argue that this is a considerate attempt to save innocent civilians from having their cars stamped on by a giant green monster, but it makes him seem a remarkably weak protagonist.

In fact, Leterrier’s film illuminates pretty much every fault you can find with these comic book adaptations. That is: they’re all pretty much the same. Whether you dress them up as arthouse, as Lee did, or go for this highly reductive slice of hackery, each and every plot in the Marvel universe is identical, to the point of grinding tedium.

I’m excited about Batman (hey, I prefer DC to Marvel, and Heath Ledger’s Joker is certain to be brilliant), but I don’t need to see another Marvel adaptation again for a long, long while.