THE HOLD STEADY – HEAVEN IS WHENEVER 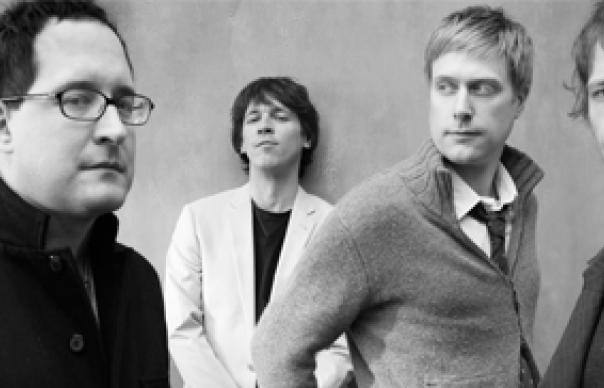 You’ll have caught the gist of The Hold Steady by now. Over their previous four albums the adopted Brooklynites have honed their one big idea to the edge of greatness: soulful, unfussy bar-room rock shackled to Craig Finn’s hyper-literate tales of lost souls.

These are songs populated with easy girls and aimless guys who are everyone’s second choice, battling defeat and despair with cheap drugs, casual sex, booze and God. Occasionally they’re rewarded with a glimpse of something affirming; more often they’re left to pick up the pieces and stagger on. The band’s focus was forensic, burrowing into the detail of ordinary lives until you could see bone. Album by album they created an epic narrative with a cumulative force that went beyond the merely cinematic, closer in spirit to a rolling TV saga – The Wire, say.

But every story must reach its conclusion. 2008’s Stay Positive was a companion piece to its predecessor, Boys And Girls In America, and it felt like the end of the line for Finn’s cast of misfits. Perhaps because he’s pushing 40, perhaps because success alters everything, or perhaps because he sensed he was writing himself into a corner, on Heaven Is Whenever Finn has changed tack. The stories here are built to a smaller scale, edging towards something more hopeful, more personal.

On the superb “Soft In The Center” he plays it straight as the sympathetic mentor to a younger man, imparting hard-won relationship advice over a soaring chorus. “We Can Get Together” tracks an affair through precious musical memories, taking its romantic cues from Todd Rundgren’s Utopia. “They sang, ‘Love Is The Answer’, and I think they’re probably right,” Finn all but purrs, above a swooning coda of sweet harmonies and cascading piano.

Finn may not have found The Answer, but it does sound suspiciously like he has found love. When he sings “struggle feels wonderful most days” on the vast, beautiful closer “A Slight Discomfort” it has all the force of a manifesto: Heaven Is Whenever is about how a lifetime of bad breaks makes the fleeting moments of euphoria taste all the sweeter.

The musical focus, too, is tighter. Recorded in bite-sized bursts with long-time collaborator Dean Baltulonis, the 10 tracks have a sharpness and sense of space that the sometimes cluttered Stay Positive lacked. The recent departure of keyboardist Franz Nicolay means piano and keys are now added to taste rather than smeared liberally. Tad Kubler’s guitar moves centre stage, slipping from the thunderous rhythm of “The Smidge” to the lilting, Smithsy arpeggios of “We Can Be Together”. He’s devastating on “The Sweet Part Of The City”, unleashing a rolling avalanche of slide and acoustic picking which sounds like the Stones’ “No Expectations” on turbo boost.

These aren’t necessarily seismic shifts. Finn still ticks off the desperados “passing round the thermos” and throws around references to Saint Theresa like a man tossing his last few dollars on the bar. “Our Whole Lives” could have slipped onto any of their other albums, yet another tale of religion and hedonism butting heads (“Father I’ve sinned and I want to do it all again”) set to some long-lost Born To Run outtake. But it’s the natural, assured way in which Heaven Is Whenever moves between building on past glories and breaking fresh ground that’s so impressive. The Hold Steady are writing a new chapter that promises to be just as compelling as their last.
Graeme Thomson