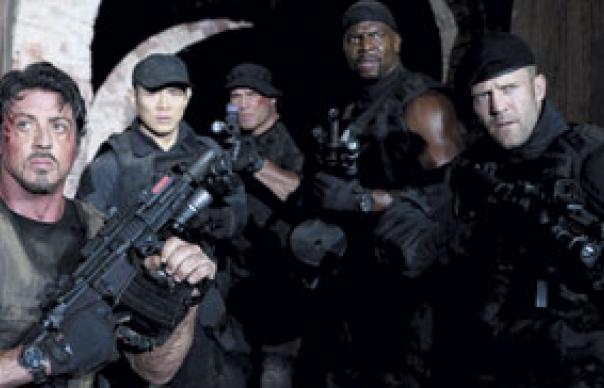 If only this was a poignant rewriting of ’80s action movie mythology, where Stallone and his mercenaries of-a-certain-age came to terms with their anachronistic status (like The Wild Bunch retooled for the Planet Hollywood generation), The Expendables would be a far better movie.

But in truth, this is the kind of film Stallone made 30 years ago, with only a cursory attempt to acknowledge the passing of time.

Certainly, the plot isn’t going to win any prizes for originality. Stallone and his Expendables are hired to bring down a Third World dictator and the rogue CIA agent who’s backing him.

The one-liners creak, the characterisation is back-of-matchbox stuff and it says something when the film’s sole moment of pathos comes from Mickey Rourke, as an ex-Expendable who quit because of all that damn killing…

But there is fun to be had here. The action sequences are terrific, the violence excessive. The guiltiest of guilty pleasures, then.