For those fascinated by the myths and mysteries of old Los Angeles, this is the city at its rawest... 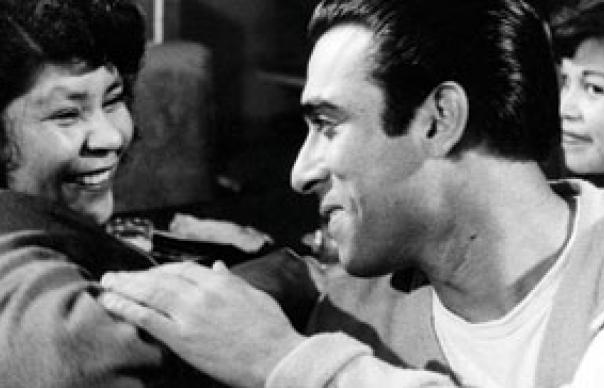 Anyone who saw Thom Andersen’s extraordinary documentary Los Angeles Plays Itself (2003) will have experienced something like the re-emergence of a lost world. Andersen’s study of the use and misuse of LA in Hollywood movies not only revealed the existence of a long-forgotten section of the city – the once-thriving, now demolished working-class area of Bunker Hill – but it also brought to light a major piece of West Coast cinema, ripe for rediscovery. That film, depicted by Andersen as tantamount to the unearthing of an Atlantis within LA, is Kent Mackenzie’s The Exiles (1961), and its time has come again with this fine restoration, now in a substantial double-DVD package.

Mackenzie’s raw, intensely atmospheric film documents 12 hours in the lives of a group of Native Americans living in LA. The young pregnant Yvonne (Yvonne Williams) spends an evening alone, pondering her uncertain future, while her husband Homer (Homer Nish) goes on the town with buddies including the hell-raising, cheerful womaniser Tommy (the utterly charismatic Tommy Reynolds). Set partly to voice-over musings from assorted characters, the film is a curious hybrid – part fiction, part geography documentary, with cast members acting out aspects of their own lives in a now-lost working-class culture.

This was what we now call guerrilla cinema, and then some – Mackenzie shot on a tiny budget over three years, cadging ends of raw stock, and working with a cast of non-professionals, some of whom were arrested or sentenced during the shoot. Mackenzie and a team of cameramen headed by Erik Daarstad visit bars, poker dens and juke joints, and capture the bustle of late-’50s LA street life at night, in beautiful chiaroscuro.

While Yvonne goes to the movies and stays over with a friend, the men head out to drink, dance, pick up women and – in a memorable climax – get in touch with their roots, meeting up on a hill above the city to drum and sing traditional tribal songs. The final section’s vistas of LA’s gridded lights at night make the conclusion all the more poignant, suggesting a million more untold stories out there in the dark. With post-synched dialogue overlaid like jazzifying backchat, the film bristles with life: the men’s world is a flurry of chat-up lines, fist fights and boozy camaraderie.

The film isn’t specifically about Native American urban culture, despite a brief sequence showing life on the reservation. Also involving LA’s Latino population, the film is above all a tableau of ethnic working-class life in ’50s/early-’60s America, and comes across as a long-lost supplement to Robert Frank’s seminal photo collection, The Americans. Among other things, this is a snapshot of pop-art ephemera before it was picked up by the art world: the whole dizzy iconography of ducktails and Brylcreem, TV, comics and dating rituals. It has feminist elements, too, with the men’s wild night offset against scenes of Yvonne’s melancholy solitude. Mackenzie’s hard-edged, if artificial brand of realism sits side by side with other key low-budget LA films of the era – such as John Cassavetes’ Shadows and The Savage Eye by Joseph Strick. It also belatedly takes its place in the history of documentary-inflected city fictions, including Italian neo-realism, and two movements then flourishing, the French New Wave and the British Free Cinema of Tony Richardson, Lindsay Anderson and co.

In this mesmerising vision of LA by night, the central figure is Bunker Hill itself, a bustling, distinctive place: with its funicular (Angels Flight) and ominously atmospheric tunnel, a million miles from the flat, bland cityscape of today. A terrific soundtrack – rock’n’roll, Latin-American dance music, and sublimely greasy sax-laden R’n’B from The Revels – adds to a potent mix. The Exiles represents an essential supplement to the more mainstream myths of the city evoked by ’50s film noir, and it’s unmissable viewing for anyone whose imagination has been captured by the background of James Ellroy’s ‘LA Quartet’ or by Ry Cooder’s lament for other neighbourhoods lost, Chávez Ravine.