The Duke & The King – Nothing Gold Can Stay 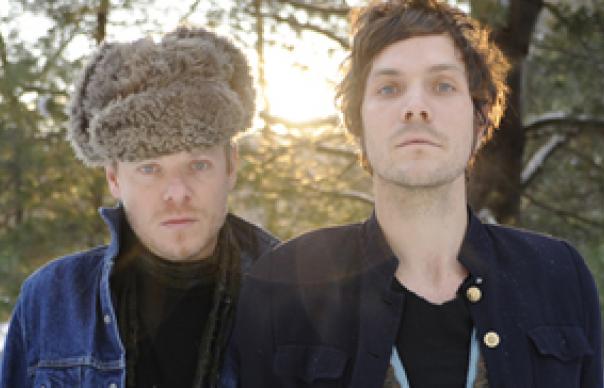 Drummer and sometime singer Simone Felice always seemed the least predictable of The Felice Brothers. It was Simone, for instance you’d most likely find dangling from a speaker monitor, or launching a ninja attack on a bass drum halfway through a show. Then there’s his shadow career as novelist/short story writer. Now, having taken permanent leave from the Catskills-based band comes his new project, The Duke & The King, a collaborative effort with Robert ‘Chicken’ Burke. It’s as far removed from the combustible racket of his siblings as is possible to imagine, Felice instead heading for the sweet spot between ’70s FM radio and the boom years of Topanga Canyon.

You’d never guess that these warm, conversational, acoustic-led offerings were sprung from what Felice calls “a long, fateful winter”. Halfway through recording, his partner lost the child they were expecting, and a distraught Simone funnelled his sorrow into a new batch of songs. There are discernible traces of it in the sunburned reverie of “Lose My Self”, a slow gospel tune with distorted guitar crackling uneasily in the distance. At barely a minute long, “I’ve Been Bad” feels like someone shaking a bad dream from their head. The subdued mood only serves to heighten the sad-sweet beauty of the music itself. “If You Ever Get Famous” and “Union Street” are the kind of delicate lullabies James Taylor might have saved for Sweet Baby James, while “Suzanne” is a dead ringer for Stephen Stills in his CSN prime.

The only concession to the Brothers’ penchant for a raw narrative is “One More American Song”. Here they tell of John the King of Bottle Tops, the quiet kid at school who got fucked up in the army and now spends his life pushing shopping carts. Overall though – a quality it shares with the whole collection – this a song with an understated, but crucial, element of hope.