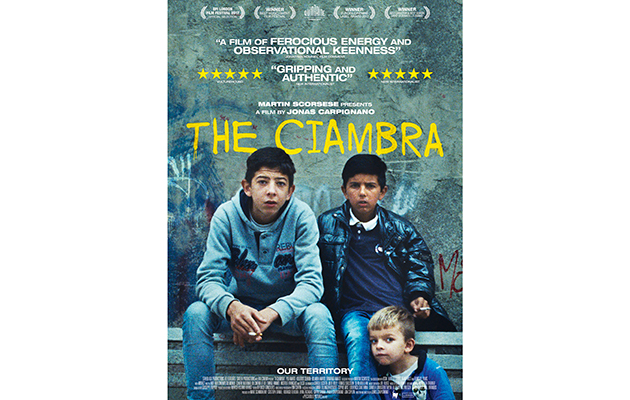 Writer/director Jonas Carpignano made a splash with his rich, observational debut in 2015 with Mediterranea, a topic drama about the plight of fruit-pickers in southern Italy. One of the characters in Mediterranea was Pio Amato, a shrewd 14 year-old Roma living on the rough edges of a Cambrian town called Gioia Tauro. Carpignano revisits Pio – as well as a few other characters from Mediterranea – for The Ciambra, a coming-of-age study set on the fringes of Italian society where poverty and racial prejudice are rife.

Carpignano Ciambra follows Pio as he heads towards manhood while simultaneously escalating his life of crime. With his father and elder brother imprisoned for stealing electricity, Pio has by default become the sole family breadwinner. To put food on the table, he resorts to an extensive array of inventive petty criminal tricks. Trouble will come, of course.

The film counts Martin Scorsese among its executive producers and it shows some of his influence as well – particularly masculine codes of loyalty, violence and respect as well as reverence for the family above all else. As with many of the characters in Carpignano’s films, these are nonprofessional actors playing versions of themselves – including 15 members of Amato clan, dominated by Pio’s mother Iolanda. This slight blurring of fact and fiction recalls Robert Bresson, but overall The Ciambra cleaves closest to the work of Jean-Pierre and Luc Dardennes – masters of European realist cinema who have similarly tackled hot-button issues including illegal immigrants (LA Promesse), teenage poverty (Rosetta) or the black-market trade in adoption (L’Enfant).

The Ciambra – named after the housing block where Pio and his family live – moves at a leisurely, slightly unformed pace but in Pio, Carpignano has found a natural star, a stubborn, wily man-child whose vitality is to be celebrated, even if his moral and ethical standards are somewhat below par.