Brothers gonna work it out live in Japan... 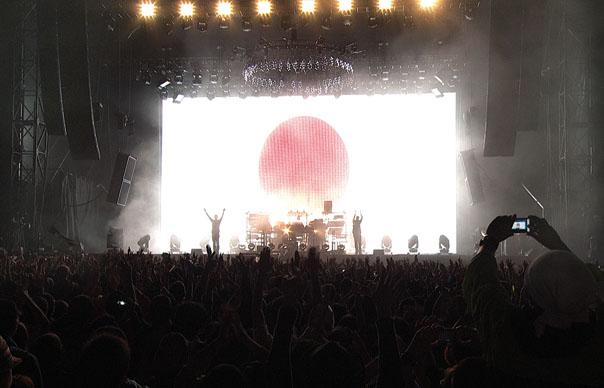 Brothers gonna work it out live in Japan…

Don’t Think captures The Chemical Brothers in their element: roasting thousands of saucer-eyed Japanese halfway up a mountain with their blistering live show.

If Tom Rowlands and Ed Simons’ music has sometimes struggled to fully convey their psychedelic inclinations, this remarkable concert film – shot on 20 cameras over the course of their headline set at last summer’s Fuji Rock Festival – goes some way to correcting that.

Director Adam Smith, the duo’s longtime visual designer (and director of the occasional Doctor Who episode), avoids the pitfalls of every clunking concert film by furiously editing and tweaking footage of the crowd, the Chems and their eye-popping graphics to produce an innovative portrait of mega-rave euphoria that, regardless of your feelings towards the material, is never dull.

The lads themselves, Simons forever stage right arms aloft, Rowlands sliding faders, are mere bit-players in their own epic adventure.

EXTRAS: Available in three different formats. Both the DVD and Blu-ray editions come with a live audio CD and booklet, while a Limited Edition DVD release comes in a 10″ book format.
Piers Martin