Big Deal: The Breeders’ best LP reissued as a seven-disc vinyl/3CD boxset on its 20th anniversary... 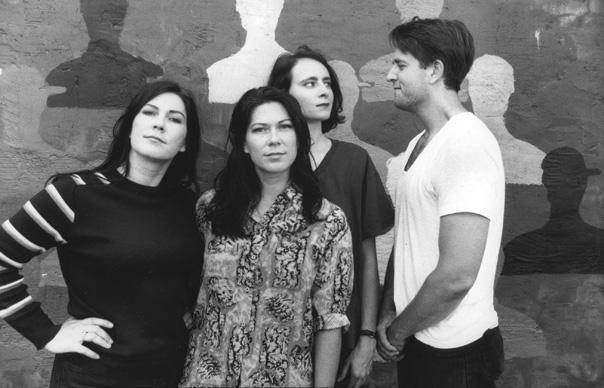 Big Deal: The Breeders’ best LP reissued as a seven-disc vinyl/3CD boxset on its 20th anniversary…

In the red corner: the heavyweight, Charles MK Thompson IV, known to the world as Black Francis. In the blue corner: the maverick, the former “Mrs John Murphy”, Kim Deal. Who was your money on? The guy who wrote 95% of the songs, or the gal who kicked 95% of the ass?

In the battle of the post-Pixies projects, Charles was the overwhelming favourite. Kim was well-loved, and “Gigantic” and “Do You Love Me Now?” – originally released on The Breeders’ 1992 “Safari” EP, included here – proved that she could write a killer tune. But even the staunchest Kim supporters harboured niggling doubts about whether the bawdy, beer-swilling bassist could be trusted to skipper her own vessel without the steadying hand on the tiller of a Black Francis, or even a Tanya Donelly (who left The Breeders after “Safari”to focus on Belly). In the end, though, it was Kim who came out on top. Last Splash, The Breeders’ triumphant second album, comfortably outsold Frank Black’s chugging solo debut – and every Pixies album, too, come to that. Even if Kim wasn’t into schadenfreude, it must’ve made up for being sidelined on the last two Pixies albums before being informed of their dissolution via fax.

Ironically, it was Kim’s band that cleaved closest to the sound of the Pixies in their shitkicking pomp. Last Splash, with its scuzzed-up take on early-’60s jukebox fodder, sounded more like a Bossanova sequel than a follow-up to 1990’s serpentine debut Pod. In their own rasping style, The Breeders had a crack at girl group romance (“Do You Love Me Now?”), surf-rock (“Flipside”), country (“Drivin’ On 9”) and tiki-bar twang (“No Aloha”). Instead of UFOs and surfer girls there was sarky S&M (“I’ll be your whatever you want”), droll feminism (“motherhood means mental freeze!”) and plenty of gleeful innuendo (what else did you think “Divine Hammer” was about?), all delivered in the Deal twins’ sweetly savage harmonies, honed to perfection years before in the biker bars of Dayton.

Still, it takes a lot of effort to sound this effortless. Kim’s desire to prove herself led to the band tracking Last Splash in two studios simultaneously, with the singer obsessing over drum sounds and mutilating Jim Macpherson’s cymbals to obtain that perfectly dishevelled feel. The clutch of pre-album demos on LP3 of the boxset reveal how tightly plotted her vignettes were before The Breeders even entered the studio. Only “Cannonball” (working title: “Grunggae” – grunge meets reggae, see?) had yet to fully take shape, suggesting that the band weren’t sure until the last minute if this was a potential anthem or a throwaway goof.

Luckily they chose right. Josephine Wiggs’ immortal bassline inevitably receives the loudest cheer of the night during the frisky live show preserved for posterity on LP2, recorded at Stockholm’s Club Gino in May 1994. The first half was previously released as the fan-club-only EP, “Live In Stockholm”; the LSXX edition restores “Cannonball”, “Happiness Is A Warm Gun” and a pummelling “Head To Toe” to the setlist, with shout-outs to the bartender who kept the band in mudslides throughout the night.

The post-Last Splash EPs are manna from heaven for college rock connoisseurs, featuring covers of Sebadoh’s “The Freed Pig” and Guided By Voices’ “Shocker In Gloomtown”, not to mention an alternate version of “Do You Love Me Now?” with bonus caterwauling from J Mascis. The only black mark against LSXX is that the brighter, re-recorded single versions of “Divine Hammer” and “Saints” serve to make the album originals sound a little underpowered.

In the long term, of course, The Breeders proved to be as flaky as everyone first feared. Kelley was bundled off to rehab in ’95 and the band have only produced two rather slight LPs since. Last Splash, though, is a concentrated burst of pure pleasure, and “Divine Hammer” and “Cannonball” remain two of the most giddily exhilarating songs in the alt.rock canon. Try to play either of them now without grinning madly, punching the air, goosing a stranger or spitting in a wishing well. That’s the beauty of Last Splash: for 40 minutes, it makes you feel as cool as Kim Deal.

Q+A
Kim Deal
What are your enduring memories of the Last Splash recording sessions?
I remember it being really, really tiring. We had two studios up and running at one time. I felt like I couldn’t even go to the restroom because there was always something that needed to be done. I thought the album was going to kill me.

What was the reasoning behind working in two studios simultaneously?
I booked Coast in San Francisco because I liked the gear and the board, but I didn’t think about the specs of the room itself. When I got there and I saw this small square box with linoleum on the floor I was very confused. We started setting up the drums and they didn’t sound vibey at all. So we found another studio a few blocks over and a few blocks down. It was in the Mission District, which was a really sketchy area back then. That’s another thing I remember: walking from the hotel to the studio and just seeing bums galore. Not the nice-looking bums – really scary bums. Schizophrenic bums with crack problems.

Did that edginess find its way onto the record?
I’d like to say yeah, but I don’t think I need anything like that to make it weird. I’m always going to make it strange and weird anyway.

In the liner notes, Kelley talks about running her sewing machine through a Marshall amp while you and Jim dropped his cymbals out of a second-storey window because they sounded “too new”. Was there quite a spontaneous atmosphere in the studio?
Spontaneous? No. To me, it all makes complete sense. How else are we going to get the cymbals to stop ringing out? Since then, I’ve seen that you can buy cracked cymbals, so I’m not crazy. As far as mic’ing up the sewing machine, that is a little weird. But it does sound good.

Did you know in your heart of hearts that Pixies were over by the time you came to make Last Splash?
I knew that Charles wanted to do something different. Kelley told me that Pixies broke up when we were in the studio – this would have been January ’93. It didn’t come as a shock. Although I didn’t know it was going to be announced, it didn’t make any difference to what we were doing. I know it would sound great for the TV movie if I was able to go, ‘Having heard that Charles broke up the band, I then returned to the studio knowing I was making the best record of my life!’ But it wasn’t like that.

Now that the Last Splash lineup has reformed for the LSXX World Tour, do you have any plans for recording new material?
Not yet. But I’ve played with both Josephine and Jim Macpherson in the meantime, so I could very well see us doing some stuff together.
INTERVIEW: SAM RICHARDS