The Beatles – The Capitol Albums 1.

A 4-disc set containing Meet the Beatles, The Beatles Second Album, Something New, and Beatles '65. 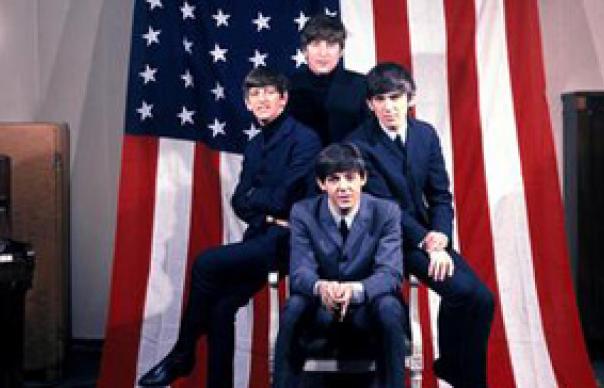 As time recedes, how bizarrely indiscriminate the English invasion of the US seems to us now. Ringo was initially deemed the cutest Beatle and, for a while, America embraced The Dave Clark Five and Herman’s Hermits as willingly as it shrieked at the Fab Four. This arbitrary Anglophilia endured well beyond the initial invasion. Never let it be forgotten that the Hermits’ “‘Enery The Eighth” and The New Vaudeville Band’s “Winchester Cathedral” were both Billboard No 1s and spawned more novelty imitations than you can imagine. America couldn’t get enough of our quaintness.

Dissenting voices were, of course, all but drowned out by the screams. Those aggrieved older heads who didn’t want their Arthur Alexander and their “Roll Over Beethoven” re-interpreted for the mewling puking masses could like it or lump it. For nearly three years, until the seismic aftershock of Shea Stadium died down, that ubiquitous twang was the only show in town. Kiss goodbye to the golden age of girl groups. Wave ta-ta to surf-pop.

Thanks to eccentric licensing, America had an equally skewed encounter with the Fabs chronology. By the time Murray The K and co got to the party, The Beatles were already on their fourth UK hit. Previous US labels had let the cash cow slip from their grip like so much unpatented Epstein merchandise, so Capitol had to play a hasty game of catch-up with the release schedule. Thankfully, they took a less anally retentive approach to the inclusion of singles on albums than their British counterparts.

For current collectors and completists, however, the haphazard chronology is slightly more problematic. Meet The Beatles is basically Parlophone’s With The Beatles plus singles, the remainder of With The Beatles finding its way onto the imaginatively titled The Beatles Second Album alongside selective B-sides (the classic “You Can’t Do That” and “I’ll Get You”) and EP tracks. Something New, the most incongruous mish-mash of all, is the Hard Day’s Night soundtrack with – duh? – the title track and “Can’t Buy Me Love” replaced by the German version of “I Want To Hold Your Hand” and McCartney’s lame take on Carl Perkins’ “Matchbox”. Beatles ’65 lumps half of Beatles For Sale with whatever was left over.

Chronologically, then, they make little sense. As an aural document of what made teen America moist, however, the collection is pretty hard to beat. Lyrically, that combination of Merseypool punning and codified smut was lethal. The amphetamine gulp and the exuberant energy unleashed the emotions of a generation. The screamers understood. And as for the wider musical influence, well, the future Mamas & Papas would have still been playing Hootenanny if they hadn’t heard “I Call Your Name”, while The Byrds’ blueprint can be heard in every Rickenbacker chime. Approximately 10,000 other high-school hoppers and garage punks to be taken into account, m’lud.
“Oh, I get it. You don’t want to be the loveable moptops any more,” Dylan allegedly remarked when The Beatles played him Revolver. The truth is, they never did.