Ang Lee's deceptively subversive look at the great festival of '69 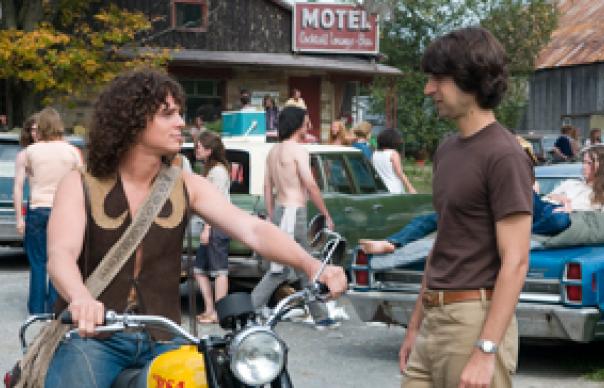 Though it takes the form of a light, bittersweet comedy, Ang Lee‘s latest dissection of the American dream is one of his most complex and even most deceptively subversive films. Set during the summer of 1969, when Max Yasgur‘s 600-acre farm played host to 450,000 hippies and some of the era’s greatest rock bands, Taking Woodstock deftly sidesteps the problems of recreating such a massive event by not really trying.

Instead, although CGI captures some of the size and scale, Lee shows the experience from the outskirts, and in lieu of Janis Joplin, Jimi Hendrix and The Who, we see Woodstock as most attendees saw it: down among the mud and chaos, where the rock ‘n’ roll was just a distant thud.