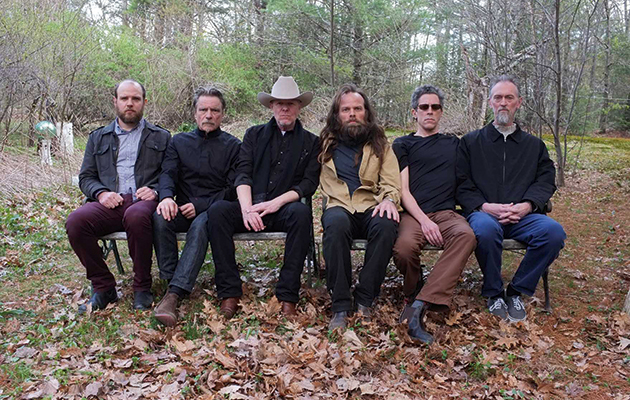 When Michael Gira announced that he was reforming his ’80s group Swans in 2010, it was reasonable to be sceptical. In their early life, Swans had pretty much become a byword for violent extremity in the rock’n’roll idiom: a band loud enough to make an audience want to flee the venue, and cruel enough to bolt the doors so they couldn’t. Throughout the two decades of their first incarnation, Swans underwent a mellowing, and come the turn of the millennium, Gira had transitioned into a cowboy-hatted patriarch, recording quietly intense folk music under the name Angels Of Light and playing patron to young musicians including Devendra Banhart and Akron/Family.

With Gira nearing his seventh decade, what could a reformed Swans offer to contemporary music? The answer turned out to be: plenty. A powerful cast of players – including guitarist Norman Westberg and percussionist Thor Harris – paired with Gira’s insatiable, spirited performances, ensured the output of Swans Mark II turned out to be both deeper and wider than the music they made in their first incarnation. This was particularly evident in the live arena, where shows stretched out to three hours, familiar songs sprouted new improvisatory segments, and in the white heat of the stage, new ones blazed into life.

If Swans at times seemed unstoppable, the arrival of The Glowing Man puts pay to that. This is to be the last Swans LP under the current lineup, with the band due to dissolve at the close of the forthcoming tour (Gira will continue recording and touring as Swans, but with a revolving cast of collaborators). Clocking in at two hours, The Glowing Man is every bit as gigantic as the two albums preceding it, 2012’s The Seer and 2014’s To Be Kind. But it has a slightly transitory feel; a half-step back from those monolithic builds and whiplash grooves, gesturing towards something more contemplative and… well, “softer” feels the wrong word, but certainly weathered by the journey.

The presence of country and gospel in Swans’ music has long been noted, but just as key is the influence of New York downtown composers like La Monte Young and Glenn Branca, whose numinous, droning music aimed to capture feelings of transcendence or obliteration. The first two tracks, “Cloud Of Forgetting” and “Cloud Of Unknowing”, clock in at 13 and 25 minutes, respectively, and are not so much songs as vast, arid landscapes – salt flats of sound. Gira himself calls them “prayers”, and they certainly have that feel. The former drifts in on clouds of sobbing lap steel and dulcimer, Gira bellowing like a man supplicant beneath an uncaring sky: “Surrender! Surrender! Take us! Take us!” The album’s title track, meanwhile, is bigger still. Having grown out of a live improvisation around To Be Kind’s “Bring The Sun”, it stretches out to an immense 29 minutes, veering from twinkling orchestral lulls to a malevolent Neu!-meets-Stooges churn.

Several moments on The Glowing Man feel like a reflection on Swans’ past exploits. A fidgety mantra titled “The World Looks Red/The World Looks Black” finds Gira reviving some of his earliest lyrics, borrowed by Thurston Moore for Sonic Youth’s “The World Is Red” on their 1983 debut, Confusion Is Sex. Other tracks feel like farewells, or gesture to a moving on: “People Like Us” is a sea-shanty set adrift on a blasted landscape of methane-belching seas and clouds the colour of rust; while a closing, climactic march titled “Finally, Peace” strikes an almost valedictory tone.

Speaking about Swans in recent times, Gira tends not to talk about pain and cruelty, but love and tenderness. There is compassion, of sorts, in “Frankie M”. Described by Gira as “a best wish for a wounded soul”, it builds from a clamour of voices and beaten cymbal into a eerie strut, over which Gira reels off a litany of banned substances – heroin, opium, methedrine, MDMA – over cascading female voices. Then there is “When Will I Return?”: a song penned by Gira for his wife Jennifer to sing, its harrowing lyric deals with her attempted kidnapping some years before, and she sings it with a tremble in her voice that is clearly genuine. It is a song that leads you to reflect on Gira’s unusual muse. If Swans are the sound of love, it is not a love everyone will recognise as such.

The Glowing Man arrives amid some drama. In February, Larkin Grimm, a former signee to Gira’s Young God Records, accused him of having raped her in 2008. Gira first described the incident as “a slanderous lie”, later as “a consensual romantic moment that fortunately was not consummated” (a former bandmate of Grimm’s has accused her of fabricating accusations of sexual harassment, but the truth of the matter remains opaque). Under this cloud, Swans set off on an 18-month tour that will end with their own scheduled self-destruction. Where next for Michael Gira is unclear, but he’s made a 35-year career out of staring down death. It seems improbable he would stop now.

Q&A
Michael Gira
The reactivation of Swans has clearly been artistically fulfilling for you. Why break up the band?
I love working with these guys – they’re my friends, and we’ve come to know each other’s scent quite well. However, I think it’s reached its apex, and all the things we could discover in one another are played out. It’s necessary for me, if I’m going to continue the name Swans, to shake things up. I basically don’t want a band any more, and the responsibility that that entails. I don’t know what the future route entails. I have some vague colours in my mind, but I don’t know what I’m going to pursue stylistically. I’m looking forward to being utterly adrift.

What is the story behind “When Will I Return”?
I wrote those for my wife to sing. Seven years ago, before I met her, she was walking down a street in New Orleans late at night. A fellow jumped out of some bushes and attempted to abduct her – his car was waiting there, the door open. Being who she is, she fought vigorously. And he beat the shit out of her. But eventually people came, and he fled, and she was hospitalised. I guess there was a person at large with an MO that matched this fellow, who was a serial killer. She had that whole thing where her life flashed in front of her eyes, and she just said: I’m not letting this happen. These things have a lasting effect – it’s altered her brain chemistry, her psyche forever. So this is a tribute, a prayer, saying how much I respect and appreciate her courage and strength.