Have Faith! Stevie reaches back for the real nitty-gritty 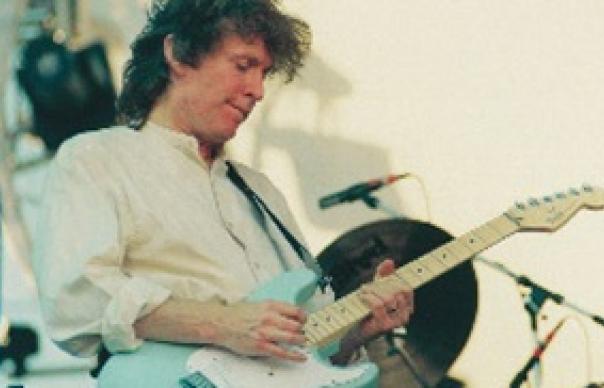 At 60, Steve Winwood remains one of Ray Charles’ most skillful disciples, his innate soulfulness bleeding into every note he sings and plays – as long as he’s feeling it, that is. Happily, the spirit is within Winwood for much of the 10th album bearing his name. Nine Lives revisits the jam-based work of Traffic rather than his refined ’80s synth-o-ramas, and that’s good news, because Winwood remains at his most compelling in immediate settings, while his primal presence tends to be tamped down within rigid structures.

After the palate-cleansing opener, “I’m Not Drowning,” a sprightly country blues solo piece consisting of little more than a circular guitar figure and that unmistakable, tree-bark-textured voice set against clicking drumsticks, the album proceeds to introduce its elemental extremes of air (the chilled-out excursion “Fly”) and earth (“Raging Sea,” with its British-blues-rooted chunkiness).

The Moment We’ve Been Waiting For Arrives with the spine-tingling snarl of an overdriven guitar, signaling the presence of the Lord – a.k.a. Eric Clapton. Right from the top, the master’s riffage cascades like molten lava, and Winwood rises up to meet his old mate’s fire with the churning of a massive, force-of-nature organ and a ferocious vocal, as the track reaches for, and achieves, Blind Faith godhead in its roiling payoff. It’s safe to say that neither of these guys has sounded so fully in the moment for at least a couple of decades.

The second half is lifted by the elegantly funky “We’re All Looking” (think AWB) and the vibe-y, Traffic-meets-Santana groover “Secrets,” as Winwood leans on the keys of his trusty Hammond B3 and pumps the keyboard bass while Paul Booth trills the Chris Wood-like flute embellishments. By contrast, the world-beat-flavored “Hungry Man” and “At Times We Do Forget” feel earnest but overly considered. The closing “Other Shore” is a more satisfying expression of spiritual yearning that resembles the less cranky side of latter-day Van Morrison, right down to Booth’s contemplative sax solo.

As reassuring as Nine Lives will be to longtime Winwood fans, it’s bound to leave them wanting more – like a full album of Winwood-Clapton interplay.