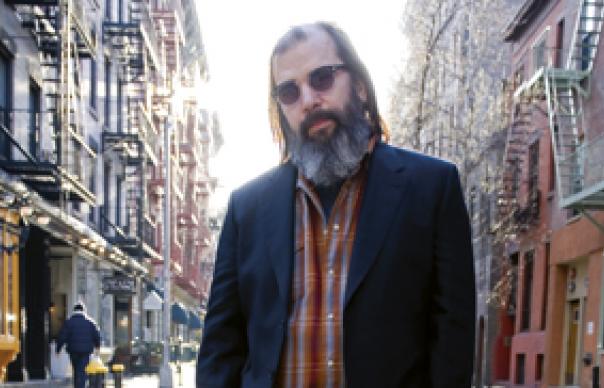 Steve Earle’s apprenticeship with Texan legend
Townes Van Zandt was never remotely conventional. An inveterate boozer, Van Zandt once had Earle tie him to a tree in the addled notion that it might make him quit drinking. They first met in the early ’70s, Townes heckling a 17-year-old Earle at a gig in Houston, after which the pair bonded over music, politics and a reckless determination to do things their own way. As Earle later noted: “He was a really good teacher and really bad role model.”

This tribute album could have easily fallen on its arse – a pet project overrun with sentiment and reverence. But Earle was clearly wary of the pitfalls. Rather than trying to mimic his mentor, he instead teases out and magnifies Van Zandt’s own musical influences. So “Loretta” takes what was originally a pretty straight country tune and fashions it into a whiskey-warmed Celtic reel, wife Allison Moorer’s vocals flitting around at the hem. It’s Earle re-imagining Townes as a team player rather than lone wolf. “Brand New Companion” is likewise accentuated into a more deliberate blues throb than Van Zandt’s 1971 version.

Earle also seems acutely aware that it’s impossible to forage deeper under the skin of these songs than Van Zandt did himself. But he’s able to summon the same air of desolation and disquiet by other means. “Lungs”, the song that its creator said should be screamed rather than merely sung, is here given a tumultuous makeover with distorted voice, feedback and a snarling guest spot from Rage Against The Machine guitarist Tom Morello. “Fort Worth Blues” was the song Earle wrote on hearing of Van Zandt’s premature death in 1997, aged 52, but there can be no better monument than this version of “Mr Mudd And Mr Gold”, in which he’s joined by aptly named son Justin Townes Earle for a truly enthralling duet. Van Zandt could be both masochistic thrill-seeker and gentle poet, and Earle knew his subject from the outside in.