Spiritualized – Ladies And Gentlemen We Are Floating In Space 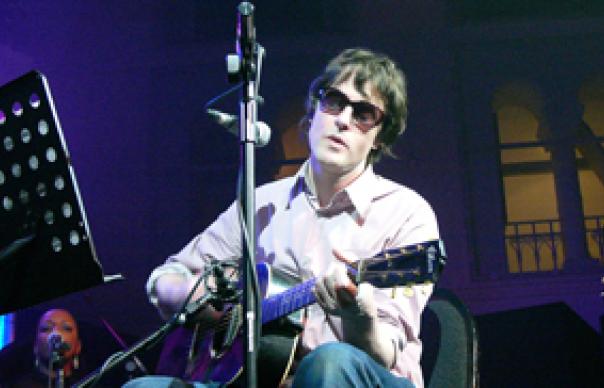 1997 was a bumper year for British albums, but of all the big-hitters released that summer, only Ladies And Gentlemen We Are Floating In Space, more so than Radiohead‘s OK Computer, it’s worth arguing, has gained in stature, its hallowed reputation buffed by constant praise.

Between June and September of that year, as if buoyed by New Labour’s demolition of the Tories, a handful of pumped-up groups looked to deliver on Britpop’s golden promise. But when lad-rock’s Stella-and-coke high eventually wore off, it became transparently obvious that the macho bluster inflating the Verve‘s Urban Hymns, Oasis‘ Be Here Now and The Fat Of The Land by The Prodigy had masked a lot of pretty hollow music.

Ladies And Gentlemen., by contrast, might as well have been beamed down from Saturn. Spiritualized had form, of course, but compared to 1995’s heroically indulgent Pure Phase, this was a heartwrenchingly honest record on which a wounded Jason Pierce seemed to weave the voodoo soul of New Orleans blues around the shimmering elegance of Kraftwerk‘s Trans-Europe Express, fashioning a timeless psychedelic odyssey.

To its admirers, Ladies And Gentlemen is untouchable, and when asked by Sony if he wished to remaster the album, Pierce felt no need to touch it either – he had, after all, spent months perfecting it at the time. So why re-release it 12 years later?

Well, there’s the series of Don’t Look Back Christmas shows where Spiritualized will perform the album in its entirety, and other than that, you suspect Pierce, who is not known for his business acumen, relished the opportunity to splash out on yet more lavish packaging for the special editions of this triple-disc affair.

The bulk of the second and third CDs – sundry demo, instrumental and a cappella versions of album tracks – illuminate the recording process to a degree and should appeal to hardcore Pierce fetishists, while curious Spiritualized fans will be interested in the satin shimmer of “Rocket Shaped Song” and “Beautiful Happiness”, previously unreleased instrumentals seemingly marooned between Pure Phase and Ladies And Gentlemen..

What that leaves, then, is the original album, which sounds as serene and otherworldly as it did in 1997. This latest edition also boasts the original version of the opening title track on which Pierce and the London Community Gospel Choir sing the refrain from Elvis’ “Can’t Help Falling In Love With You”. In ’97, Presley’s estate denied permission for its use, but have since lifted the ban, meaning the LP now follows Pierce’s original design.

Much to his amusement, Pierce has spent the past 12 years denying he wrote “Broken Heart” or “Cool Waves” about his split with girlfriend and long-time band member Kate Radley. Just as he claims the lion’s share of last year’s Songs In A&E was written before he became gravely ill, Pierce says he’d already penned much of Ladies And Gentlemen. before the break-up. And, asked recently in Uncut about the “Cop Shoot Cop” line “There’s a hole in my arm where the money goes in”, Pierce suggested that one could make a connection between that and heroin.
But he’s candid enough to know it’s best to leave the meaning of songs to interpretation. After all, remove mystery, drugs and women from rock’n’roll and, really, there’s not a lot left.