More brainy sci-fi from the writer/director of Moon... 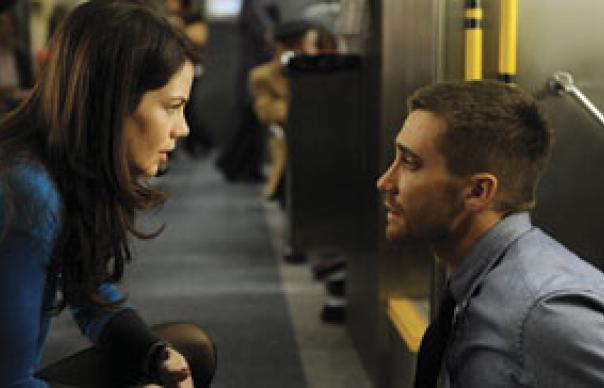 After his acclaimed debut, Moon, Duncan Jones talked up his future plans.

Chief among them was Mute, a Blade Runner-inspired drama he’d written set in a futuristic Berlin.

Source Code is not that film; Jones took on this job as director-for-hire, reportedly to raise funds for Mute. While not an original story, Source Code feels a close fit for Jones’ favoured brand of brainy sci-fi.

Jake Gyllenhaal’s soldier wakes up in another man’s body aboard a Chicago train, eight minutes before a bomb detonates. He has to work out who he is, whether he knows the woman in his company (Michelle Monaghan), and how to find the bomber.

He gets blown up, repeatedly, and each time finds himself returned to his own identity, and a strange capsule. There, sinister military types send him back for eight-minute spins, urging him to solve the case and stop the bomb. A complex, compelling story, part Groundhog Day, part Inception.