Sharon Van Etten – Are We There 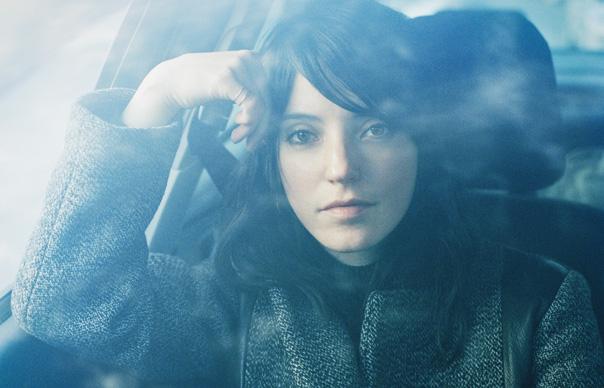 Sharon Van Etten offered a few words alongside the announcement of her fourth album, Are We There: “I really hope that when someone puts my record on that they hear me.” Obvious stuff, you’d think, for a solo artist who’s had over five years to establish herself. But it’s quietly profound. The 33-year-old Jersey native moved to New York in 2005 – having escaped a long, abusive relationship in Tennessee – and got a nose-skimming bowl cut so she could avoid making eye contact. The first words on her 2010 mini-album, Epic, where she welded unsettling drones to country-indebted melodies, are, “To say the things I want to say to you would be a crime”. It took her four years to let anyone hear “Serpents”, the pummelling lead single from 2011’s Tramp, because she was unnerved by its aggression. Her place at the head of a post-Cat Power firmament isn’t a place she’s come to naturally.

Are We There is Van Etten’s first self-produced album: The National’s Aaron Dessner produced the breakout Tramp, which also boasted several other indie rock luminaries. They amplified the initial attention around it, which in turn ended up denting Van Etten’s confidence again – was she liked for her talent, or her famous friends? (Scan the liner notes and names from The War On Drugs and Shearwater appear here, but they’re hardly focal points.) In fact, her instincts as a producer prove confident and pleasingly individual.

The record’s newfound musical diversity comes at the expense of the big-hearted Americana she was known for. It’s still present on the likes of “Taking Chances”, where guitars bark and howl in the chorus, but it’s statelier than before. It works, though: she’s referenced Sade, but her version of shoreline Quiet Storm is warped and discomfiting. It takes conviction to pull off naked, Leonard Cohen-meets-Jeff Buckley-style piano ballads like “I Love You But I’m Lost” and “I Know”. They successfully reach further than she ever has before: her voice is breathtaking throughout the record, altering to inhabit every emotional extreme.

Listening to the often brutally honest Are We There, it’s hard to believe Van Etten ever had a hard time expressing herself – or it’s testament to the way she refers to songwriting as therapy. These 11 songs concern her extant relationship, on and off for nine years, which she gets into with the precarious precision of open-heart surgery rather than a post-mortem’s safe distance. On “Your Love Is Killing Me”, her voice bleeds a rich Maria Callas red over woozy organs, tattooing drums and striking guitar, as she requests that her partner, “Burn my skin so I can’t feel you/Stab my eyes so I can’t see”. Logic would suggest calling time. But although it’s melodramatic, the overt sadness in Van Etten’s songs is seldom luxuriant.

Are We There’s subtler songs point to a painfully well-honed understanding of what drives and degrades long-term love: the challenge of knowing someone well enough that routine has smothered surprise, knowing how to hurt each other exquisitely, but also – mercifully – being able to take comfort in common ground. “//You were so just… looking across the sky…//”, she tails off on the lazily romantic “Tarifa”, where Dave Hartley’s indelible saxophone part turns the chorus magnetic. “I Know” confronts the gulf between her role as half of a relationship and the detached luxury of being able to write songs about it – “the narrator with all her kisses and mimicry and tidying up,” to quote Lorrie Moore – and learning that one sometimes comes at the expense of the other.

Is it really worth it? Are We There seems to ask. Van Etten sneaks the best song at the end, the burring guitars and kindling drums of “Every Time The Sun Comes Up” – an admission of her star-crossed relationship to love and songwriting (she recorded it while drunk in the studio). She happily resigns herself to the lack of resolution, but recognises the power she wields, proving her mettle as a singular songwriter not afraid to hold hot coals with bare hands.
Laura Snapes

Q&A
Sharon Van Etten
I feel voyeuristic asking you about some of this.
I’m still learning how to talk about it.

When were these songs written?
When I started touring Tramp. Christian and I committed to each other for the first time right before the record came out. We embarked on our relationship at the beginning of the tour – the stupidest thing! I’m kidding. It was amazing. But it put us through the wringer – I was gone nine months out of the year, I toured for almost two years. I was writing during that time, so of course that’s what this record’s gonna be about. I had no idea, but I did, because that’s what I do. It’s bizarre.

Does he like the record?
Yeah, he was an integral part in helping me listen to mixes, helping with sequencing. He was the one who encouraged me to reach out to Stewart Lurman, just to find the studio. I thought he was out of my league, but Christian was like, “You guys are friends, he’s a nice guy. He might even want to work with you.’ [They had worked together on Sharon’s contribution to the //Boardwalk Empire// OST.] I was like, no, but he pushed me. He came by the studio, but for the most part he respected my space. Even though the songs were personal, he could still give me his opinion. He has a really good ear.
INTERVIEW: LAURA SNAPES