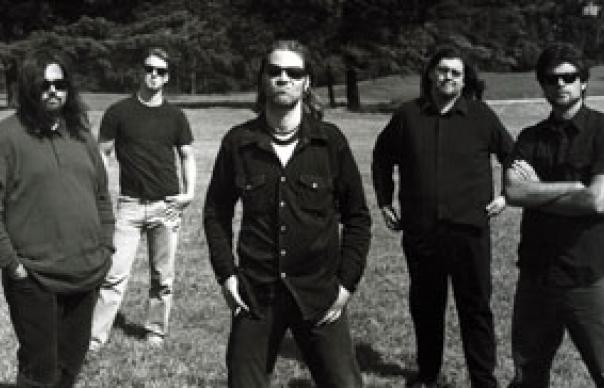 A happy ending was the last thing anyone would have predicted for the Screaming Trees. From Washington State, recording for the likes of SST and Sub Pop before a step up to the major labels, theirs was the familiar grunge narrative of a band cursed by drug addiction and bad luck, only without the pay-off of commercial success. In 1996, the band recorded their finest album, Dust, but by then they were in poor shape. One journalist’s meeting with Mark Lanegan at this time consisted of accompanying the singer on a trip to pawn musical equipment in order to buy drugs.

Dust had been a critical favourite, filled with Zepplinesque psych-rock and propelled by Lanegan’s vengeful god baritone, but the band, and this thrilling music, proved a difficult sell in the age of MTV-appropriate alternative rock. If the heroes of grunge found in their music cathartic release, the Screaming Trees seemed to belong to an earlier tradition: their music seemed to be doing battle against biblical forces, a conflict played out in their ragged, turbulent but ultimately fated rock music. Drummer Barrett Martin, who financed and later oversaw the mix of these, their final recordings, rightly calls the band “mystical”.

The period following Dust could have been exclusively a dark one. This great record having failed to propel them to a new level, they were let go by Epic, but returned to Seattle in 1998 with mixed feelings: on one hand, liberated to have been released from their contract after having felt the pressure with Dust and its predecessor, 1992’s Sweet Oblivion, to make a breakthrough record; on the other, knowing that on some level, the writing was on the wall.

Songs, however, the band still had. They also had strength in numbers. Alongside the lineup of Lanegan, Van Conner (bass), Gary Lee Conner (guitar) and Barrett Martin (drums), their final sessions in late 1998 and early 1999– chiefly at Martin Feveyear’s Jupiter Studios in Seattle, and Stone Gossard’s Studio Litho – called on the services of good friends: Peter Buck on 12-string guitar (“Reflections” particularly), and, for a sojourn at Ocean Way in LA, touring guitarist Joshua Homme, then readying Queens Of The Stone Age.

The mood was relaxed. As the opening “Ash Grey Sunday” illustrates, that didn’t necessarily mean that the mood of the material was now miraculously upbeat – as rollicking as is the opening riff, the skies immediately darken with Lanegan’s vocal, as he recounts a tale of a doomed tryst, rich in religious imagery. It might be tempting to ascribe to Last Words an elegiac quality, but really it’s more like a rowdy wake.

For all the blues portent and emotional chaos that stalks the record, Last Words is, on “Revelator” and the superb “Black Rose Way”, a reminder of the band’s pop instincts, and a possible key to the band’s ultimate lack of a breakthrough. Their music was like a trapdoor: accessible at times, but ultimately leading to a dark and unsettling experience. Pain, the currency of the era, was not something you could count on Screaming Trees to simply share. Theirs was a more dignified code, with its own traditions and language.

If there’s a criticism to be levelled, it’s that while songs like “Crawlspace” and “Door Into The Summer” are testaments to the band’s elemental rock, the draft-like nature of some of the material reveals a lack of focus, suggesting the band responded well to more arduous production regimens. Still, where others had failed to do so, the Screaming Trees had lived to tell the tale, and if their number was up, the very last thing they were going to do was go out quietly.
John Robinson