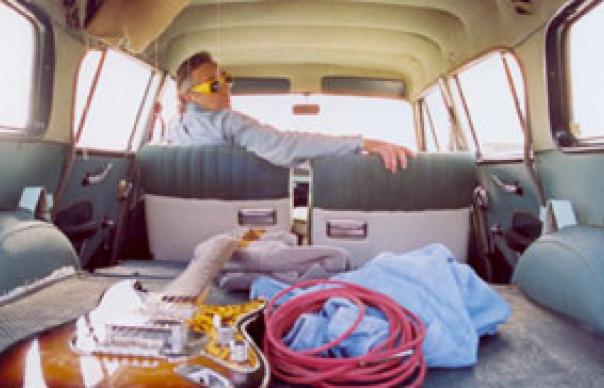 After a decade of travels that have taken him from Timbuktu to Cuba, Ry Cooder has come home to shine a light on a shameful episode in LA’s civic history. For this son of white middle-class Santa Monica, the 1950 razing of Chicano enclave Chávez Ravine to make way for Dodger Stadium is a matter of enduring injustice.

The good news is that the event has inspired a record bursting with anger, sensuality and humour – in City Of Quartz author Mike Davis’ words, “a magical-realist street opera” about East LA and its vibrant life. The album is a giant tostada of influences: Davis himself, James Ellroy, Leiber & Stoller, doo-wop nights at the legendary El Monte Legion stadium, and the kings of good-time conjunto and corrido dance music.

Assisting him in realizing this 70-minute song-suite is a loose group of Mex-American legends: Chicano figurehead Lalo Guerrero, Pachuco boogieman Don Tosti, Little Willie G of Eastside rockers Thee Midniters. Highlights on the album include the playfully swaying “Poor Man’s Shangri-La”, the slow and spookily beautiful “El UFO Cayo”, featuring Juliette Commagere, and the Tom-Waits-esque “It’s Just Work for Me”, a shrugging apologia from one of Chávez ‘s bulldozers.

Despite being ensconced in the Warner-Reprise mafia of the late ‘60s and ‘70s, Cooder’s music has generally been made in opposition to SoCal norms, burrowing into forgotten nooks with a scholarly curiosity. With Chávez Ravine he has performed another ethnomusicological miracle, opening a can of worms while drawing us deep into the musical heart of a lost community.

“Only memories remain,” Ersi Arvizu of the Sisters sings, “which you don’t forget over time.” Ry Cooder has done his bit to ensure his hometown doesn’t forget either.