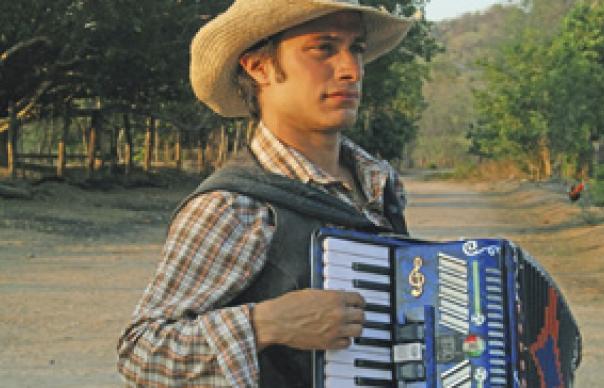 
Though it comes courtesy of the Mexican mafia – Guillermo Del Toro and Alfonso Cuarón produced it – Rudo Y Cursi possesses neither the dark beauty of the former’s fantasy films or the incisive, sarcasm of the latter’s social satires. It is, however, an agreeably ramshackle football farce, directed by Cuaron’s screenwriting partner and brother, that still says a surprising amount about the state of South America, where sports talents are boxed and traded like cattle, disappointment is a way of life, and having a drug dealer in the hood is actually good for property prices.

Reteamed for the first time since the Cuaróns breakthrough 2001 sex comedy Y Tu Mama Tambien, Bernal and Luna play Tato and Beto, two frankly dumb brothers from a banana plantation with dreams of scoring it big on the soccer field. This they do, but, thankfully, Rudo Y Cursi doesn’t spend too much time on the pitch, drawing inspiration instead from the flash and foolishness of footballer’s lives. Bernal can do dozy – this we know from Michel Gondry’s underrated Science Of Sleep – but the revelation is Luna, whose sleazy, moustachioed dimwit mines low comedy with genuine pathos.