The Aztec Camera-man relives his early-'80s glories - slap bass and all... 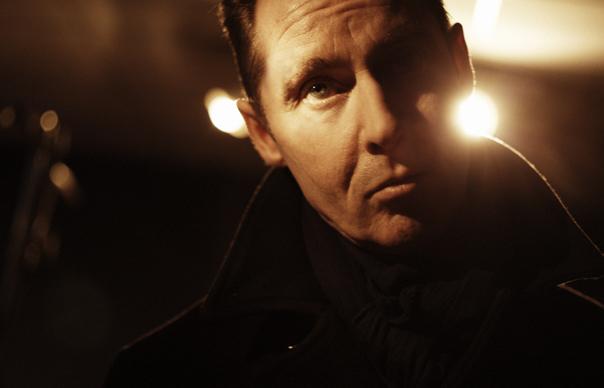 It’s been eight years since Roddy Frame’s last album, Western Skies, and over 30 since his arrival as a precocious prodigy from East Kilbride, the boy wonder whose remarkably worldly songs put Aztec Camera at the vanguard of the Sound of Young Scotland alongside Postcard labelmates Orange Juice and Josef K.

Though their 1983 debut, High Land, Hard Rain, remains arguably the crowning achievement of that vibrant cultural moment, Frame swiftly ditched the arch aesthetic and Cali-donian jangle to indulge what seemed at times a wilful contrarian streak. He outraged indier-than-thou sensibilities by working with Mark Knopfler on Aztec Camera’s second album Knife, while Love – with its pop hit “Somewhere In My Heart” – was a slick pop-soul confection employing veteran US sessioneers Steve Gadd and Steve Jordan. Later releases bounced from Mick Jones to Ryuichi Sakamoto, before Frame ditched the band brand and went solo with 1998’s North Star.

It’s been slow work since. Seven Dials is Frame’s fourth solo album in 16 years, evidence not just of a perfectionist streak, but also of someone who has occasionally seemed burdened by the expectations wrought by his exceptional early promise. On “English Garden”, a ballad of heartbreaking fragility and one of several stand-outs here, he contemplates swans on the Thames while paraphrasing L.P. Hartley: “The past is like another place, it’s a foreign land”. Yet at 50 Frame seems more at ease with returning there. He marked High Land, Hard Rain’s thirtieth birthday last year with a handful of gloriously nostalgic shows, and there are moments on Seven Dials which directly confront former glories. “Once, like the kid I reigned / King of all I surveyed,” he reflects on “The Other Side”, while “Postcard” – a knowing title – features a twanging one-note acoustic guitar solo which plants its tongue firmly in the cheek of “Oblivious”.

Seven Dials seamlessly weaves many of the best elements of Frame’s past into a work of consummate craftsmanship which also references the likes of Steely Dan, The Cure, The Beatles, Bowie, Fleetwood Mac, Van Morrison and Bob Dylan. Within an orthodox pop/rock axis it exhibits admirably egalitarian and sometimes eccentric tastes. In “On The Waves”, the syncopated 80s rhythm track features slap-bass. At the end of ”The Other Side”, a soulful, slow-rolling showstopper with rippling piano arpeggios a la Hunky Dory, Frame’s unabashed guitar solo pays explicit homage to Brian May. “Rear View Mirror”, a seductively swaying bossa nova with a tough lyrical edge, finds him channelling his inner João Gilberto, while the sparkling west coast radio pop of “Postcard”, with its glistening guitar line and sun-ripened backing vocals, makes a neat meta-textual nod to the source of its inspiration as it travels “from San Francisco to Sausalito, where they started Rumours”.

Elsewhere, the words hint at confession while remaining essentially impressionistic studies of time, place, memory and love. “From A Train”, the latest in a line of nimble finger-picking songs running from “Down The Dip” to 2002’s magnificent voice-and-acoustic album Surf, concludes, “Here’s the view: love is pain, rushing through.” There’s also much spiritual contemplation on the record, with its talk of Jesus’ children, the washing of hands, faith tested and often found wanting. “Forty Days Of Rain” pits the album’s most jaunty musical setting – a Dylanesque folk-rock rush of harmonica, organ and accordion – against its most explicitly racked lyric. Drenched in the quasi-biblical imagery of floods, ancient kings and swords, it depicts Frame as a “wretch”, broken by a period of extreme crisis, stumbling into salvation: “I fall and I pray, I was lost but I’m found.”

A triumph of economy at ten songs and 38 minutes, Seven Dials succeeds in being both instantly accessible yet full of detail and depth. The apparently nourishing life/work balance Frame outlines in its hook-laden opener, “White Pony” – “Sometimes you’ve got to stop and look around” – may lead to increasingly lengthy pauses between releases, but smelling the flowers along the way has clearly done him the power of good.
Graeme Thomson

Q&A
RODDY FRAME
Eight years. Explain yourself.
I’ve always been like that! I remember being a kid at school and the teacher saying, “When you start work you’re not going to be able to look out the window all day.” I was 12, and I said to her, “I’m not going to be working, I’m going to be a pop star.” Now people are asking why I’ve got gaps in my CV, but I didn’t think making music was ever about working to a schedule. Frankly, with some of the people I love, I wish they’d take more time and not make so many records.

You’ve signed to Edwyn Collins’s label, AED.
Yeah, Analogue Enhanced Digital – his little in-joke. I was wary at first. We’ve known each other since we were teenagers and we’re so close, but this is his turf. I was wondering if it would work, but [Edwyn’s wife] Grace said, “Look, I’ll never ask you to do anything you don’t want to do. You say no and that’s it.” I thought that sounded amazing, and I said, “Well, I promise I’ll never ring up and ask you why the record isn’t on the radio.” It’s a sensible arrangement. We’re old enough to know that the most important thing is that we stay friends.
INTERVIEW: GRAEME THOMSON