Rock Bottom, Ruth Is Stranger Than Fiction and more 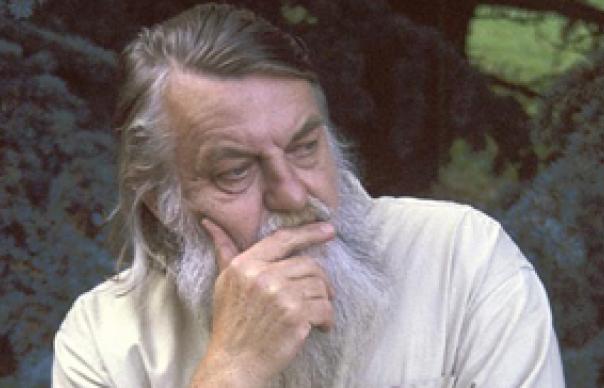 Talking to Melody Maker towards the end of 1972, Robert Wyatt seemed uncertain what the coming year might hold. “For me it’s a transitional period right now,” the 27-year-old drummer/vocalist, who’d recently disbanded his jazz-rock group Matching Mole, explained. “I don’t want to make any decisions at the moment about what I’m going to do next.” Six months later, on 1 June 1973, Wyatt fell out of a fourth-floor window at a party in London, broke his back and was confined to a wheelchair for the rest of his life.

Emerging from Stoke Mandeville Hospital, Wyatt was faced with a physical scission between his past and future. Once a whirling dervish behind the drums, the ex-Soft Machine man now became, through paraplegic necessity, a singer/pianist. In February 1974 he was offered the use of a friend’s cottage in Wiltshire, and with Virgin Records’ mobile studio set up in a nearby field, he began recording the first album of his post-accident career.

Wyatt had started writing the songs prior to his fall, in late 1972, in Venice. He sat indoors composing music while his girlfriend (later wife) Alfreda Benge worked as an assistant editor on Nicolas Roeg’s film Don’t Look Now. The film, of course, is about a couple whose world is shattered by a sudden traumatic event; Wyatt himself has remarked on the eerie analogy. But as Benge would later point out, Venice’s real influence on Wyatt came from something else entirely – something that La Serenissima has in vast quantities.

Submarine. Aquatic. Rippling. It’s a rare description of Rock Bottom that strays too far from water. Salty water, mysterious water, whole kingdoms of starfish and whales. A woman steps out of the sea in the album’s opening line (“You look different every time you come from the foam-crested brine”, “Sea Song”), and the songs seem to drift further out from shore as the record goes by. “A Last Straw” gets caught up in a strong current, rolling around like a storm-tossed boat. Wyatt’s “wa-wa” scat vocal (he’s imitating a muted trumpet) sounds as though the waves have submerged him. It all adds to a picture in which danger and comfort are not easy to tell apart. The cover illustration for Rock Bottom, drawn by Benge, showed children playing in a tranquil bay, oblivious to the frighteningly vivid world going on under the water’s surface. (For the album’s 1998 Rykodisc reissue, this cover was replaced by another Benge illustration. The original artwork has been restored for this Domino edition.)

Rock Bottom is an album of slow, suspended atmospheres, full of curious juxtapositions of music and voices that cannot be found elsewhere. The songs are womblike (“Alifib”), skronkingly atonal (“Alife”), blissful, scary and/or none of these. Ivor Cutler turns up on two of them, intoning a poem about a hedgehog and a telephone. When an album comes with such a contrary reality, you don’t need to know anything of its history to understand that it’s rare and special. Drawn to “Sea Song” like a moggy to catnip after I heard it one night on RTE Radio 2 in 1979, I’ve spent hundreds of hours in Rock Bottom’s spell, at first embarrassed by some of Wyatt’s more baby-nonsensical rhymes, then completely captivated, but never quite able to figure out why the musicians’ credits on the back cover don’t correspond to the sounds that I hear. “Sea Song” features only two people – Wyatt and bassist Richard Sinclair – yet I distinctly detect seven. “Little Red Riding Hood Hit The Road” sees a 30-man army of buglers keep pace with a furious African percussion tribe. According to the credits, this turns out to be one solitary trumpeter, Mongezi Feza, and a couple of handy household implements (a tray, a battery). Did Pink Floyd’s Nick Mason really produce this masterpiece? The cover says so. In that case, he is undoubtedly a hero, a technical genius and a superstar.

Wyatt’s next album was quite different. Ruth Is Stranger Than Richard (1975) had a ‘Ruth’ side and a ‘Richard’ side, and whichever side you started with, you wondered if you should have played the other side. There’s no ‘flow’ to the album; the jokey songs undermine the emotional ones, and vice versa. In Michael King’s biography of Wyatt, Wrong Movements (1994), he revealed that the album was pieced together from various sources, which makes sense. Wyatt’s voice is so cracked on Ruth… that it actually ruins a couple of tracks, while the best moments tend to be instrumental passages. On two numbers (“Solar Flares” and “Team Spirit”), Wyatt and the musicians stretch out in Canterbury jazz-rock style. “Song For Che”, a Charlie Haden piece performed by a quintet including two wailing saxes, is really good, a sort of intensely dignified shambles.

Wyatt’s accident made live work difficult, though not impossible, as fatigue and wheelchair accessibility became key concerns. Theatre Royal Drury Lane 8th September 1974 was organised not by Wyatt but by Virgin boss Richard Branson, who booked the musicians (Mike Oldfield, Hugh Hopper, Nick Mason and others), and also compere John Peel, and then told Wyatt what he’d done. The 76-minute CD document (first released in 2005) skirts the outermost musical avant-garde at times, and gets pretty sloppy at others, but it’s fascinating to hear Rock Bottom performed in its entirety, in unexpected arrangements, with Wyatt hitting some wild scat-notes. The encore, a cover of “I’m A Believer”, was released as a single, and performed by Wyatt on Top Of The Pops – but the celebratory mood at Drury Lane was not matched at Television Centre, where a producer incensed Wyatt by remarking that wheelchairs were not considered acceptable family viewing. The single peaked at 29.

Domino’s Wyatt reissue programme will stretch to the end of 2008. This present batch also includes Nothing Can Stop Us (1982), a compilation of political songs that Wyatt recorded for Rough Trade in the early ’80s.