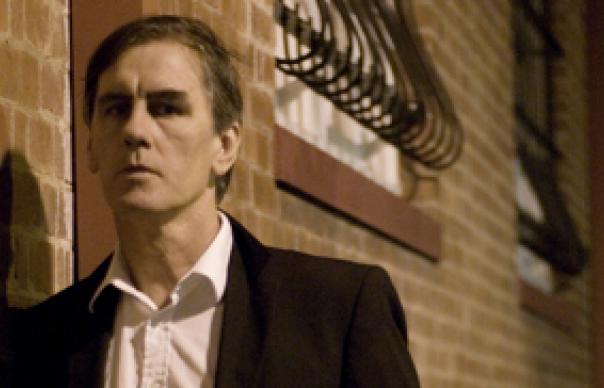 In an essay he wrote after the sudden death of Grant McLennan in 2006, Robert Forster noted that popular opinion about the Go-Betweens was wrong. Forster – usually viewed as the more bohemian of the two – was known by McLennan as “the Strategist”. McLennan – seen as the steady one – was the dreamer.

These terms are relative, of course. Forster notes that McLennan lived so much in the moment that he (Forster) could appear visionary merely by thinking about tomorrow.
Most likely, the truth is in-between, because over the course of their long partnership Forster and McLennan had influenced each other to the point where their creativity had blurred.

The Evangelist isn’t a Go-Betweens album, but it’s more cohesive than any of Forster’s other solo albums, and more moving. Go-Betweens’ bassist Adele Pickvance and drummer Glen Thompson are joined by Audrey Riley, whose string arrangements enlivened Liberty Belle & The Black Diamond Express. With Mark Wallis and Dave Ruffy producing, Forster opts for an acoustic sound, opening with the elegiac If It Rains. The absence of drums makes the song sound like a hymn of defiance.

Things do lighten up in the middle – with the skiffly Let Your Light In Babe, and Did She Overtake You; a mysterious lyric about a broken romance – but the heart of the record is located in the songs co-written with, or about, Grant. It Ain’t Easy is a straight tribute to a lost friend, delivered like a train song, but it’s overshadowed by Demon Days. The sweet sadness of the tune and chorus – “something’s not right, something’s gone wrong” – were provided by McLennan, but Forster has extended the song into a fateful remembrance.

But save your tears for From Ghost Town, a meditation on loss, suspended on a plaintive piano figure. “He knew more than I knew, and I hated what he hated too, this world,” Forster sings. It’s lovely, and lonely, and utterly heartbreaking.

What was the idea behind the album?

ROBERT FORSTER: I didn’t want it to be a cluttered sound. I want people to feel comfortable with the record because there’s sort of a story and the lyrics are important.

What is the story?

This is my first solo album in 12 years and it’s been brought about by Grant passing away, so that’s reflected. I hope there’s a kind of curve. It starts off quite low and then it goes out and it comes back. It’s not a conventional record that’s out to impress from song one.

Did you considered packing it in after Grant died?

“No. After he passed away I was completely shaken and stunned, and I was just trying to put my thoughts together, but I knew that I would record. If only to record Grant’s songs, if only to record Demon Days, which I think is one of the best songs he ever wrote.”