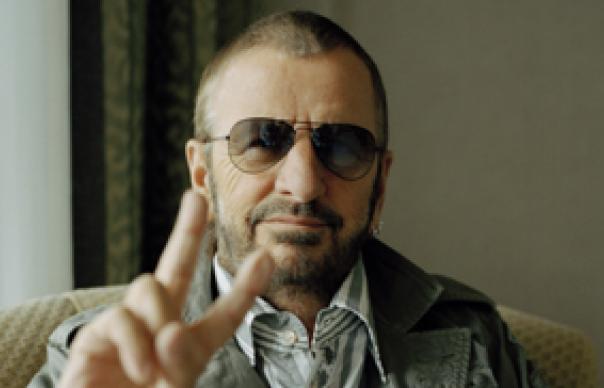 Very few 67 year olds are releasing pop albums currently, and of those 67 year olds, even fewer are releasing records as jaunty as this one. Ringo Starr has always been the most agendaless Beatle, the least vain and untainted by politics, religion or whimsy.
And frequently – from the low-key disingenuity of ‘Beaucoups Of Blues’ to the brilliant pop singles of “It Ain’t Easy”, “Photograph”, “Back Off Boogaloo” (which out-performed his fellow solo Fabs at the time) – he’s been the coolest ex-Beatle. But alcohol, bad albums, and, if we’re honest, being the drummer rather than John, Paul or even George removed Ringo from the charts in the mid-’70s and he’s not been back.

Of late, however, the muse and the charm have returned and recentish albums have all had their moments. And now ‘Liverpool 8’ comes along, possibly the best thing he’s done since ‘Goodnight Vienna’. This may be due to the album’s odd gestation. Begun with long-term Ringo cohort Mark Hudson, it almost derailed when Starr allegedly sacked Hudson for dropping out of a tour. Then Hudson was replaced by the sane man’s Jeff Lynne, Dave Stewart, which certainly explains the album’s increased pop sheen and may well be a lot to do with the fact that ‘Liverpool 8’ sounds like it was made if not in, then at least near, the 21st century.

Every song, from the title track (guess what that’s about) to country closer “Crossover” has melody, wit and the galumphing charm that has marked Starr’s best work since the days of “Act Naturally”. And, like the best work of anyone with a long pedigree, it often sounds like a compilation album from a parallel universe (check out the Nilsson tribute “Harry’s Song” which is lost-weekend perfect, or “Think About You” which is virtually “I’m The Greatest”’s twin brother).

It’s hard to say who would be crying out for a new Ringo Starr album these days, but anyone who buys records based on the abilities rather than the age of the artist should feel no shame owning ‘Liverpool 8’, which stands happily beside Starr’s recent hits compilation, holds its own as a companion piece to McCartney‘s similarly vital ‘Memory Almost Full’, and makes a nice day off from having to like Radiohead.