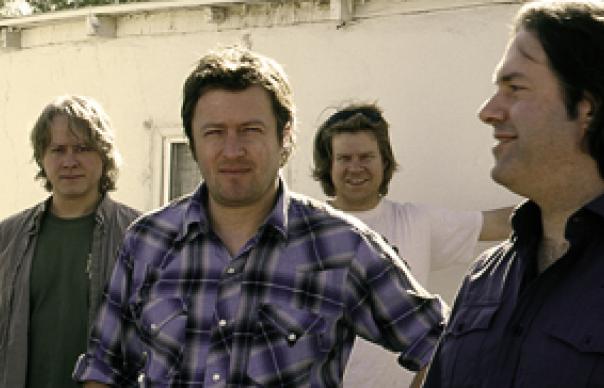 Willy Vlautin has not been idle since the 2005 release of his sparse masterpiece, The Fitzgerald. There was an album of re-recorded work, showing Richmond Fontaine’s Portland roots in hardcore; an internet-only live set; and a novel, The Motel Life, which read like a prose version of one of his songs, following two losers round Reno as they waited for their luck to change.

As the laureate of the lost, the lonely, and the rootless, Vlautin was never likely to stand still, and while there is no dramatic change in the texture of his lyrics, the geography has altered. Vlautin’s drifters are still skirting the borders of oblivion, but their tales unfold against a desert backdrop. On “Ghost I Became”, he sends this stark postcard: “Desert dreams/Always sunny/And never grey/No noise/Just wind and sage.”

The words are spare, but the sound has expanded. Recording in Tucson, Arizona, producer JD Foster drafted Giant Sand’s Howe Gelb (piano on “$87 And A Guilty Conscience That Gets Worse The Longer I Go”) and Calexico’s Joey Burns and Jacob Valenzuela. The widescreen sound, with the melancholy mists of Paul Brainard’s pedal steel cooling Calexico’s Mexican spaghetti stylings, is a surprise after The Fitzgerald. Sometimes it masks the blunt beauty of Vlautin’s storytelling, but it can also add a noirish sheen: Valenzuela’s gorgeous trumpet on “The Kid From Belmont Street” turns a maudlin song into a shimmering pulp opera.

Vlautin has been inspired by his surroundings, and there are at least two classics. The closer, “Lost In This World” (with Burns on piano) is worthy of early Tom Waits, though Vlautin’s voice displays vulnerability where Waits offers beat-up defiance. “St Ides, Parked Cars, And Other People’s Homes” is little more than a short poem, and Vlautin almost talks the words. But when he gets to the part about “fuck-ups, hanging on in our own way”, you know, as ever, he’s not faking.