As long as you’ve been briefed on Yorkshire local history, you know where you are with Richard Hawley. His 2009 album Truleove’s Gutter took its name from the site of an 18th century tavern whose effluent spilled into the River Don. His 2005 Coles Corner memorialized a junction outside a Sheffield Department store that was a rendez-vous for 1950s couples. 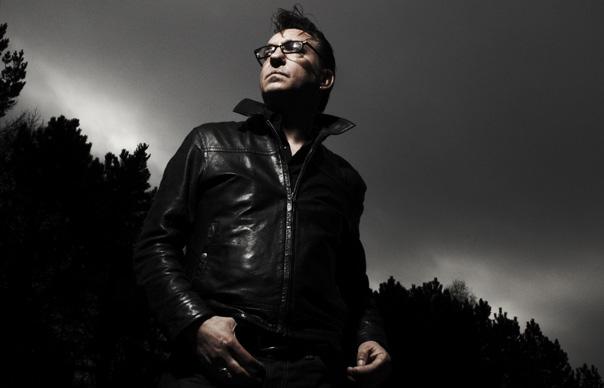 As long as you’ve been briefed on Yorkshire local history, you know where you are with Richard Hawley. His 2009 album Truleove’s Gutter took its name from the site of an 18th century tavern whose effluent spilled into the River Don. His 2005 Coles Corner memorialized a junction outside a Sheffield Department store that was a rendez-vous for 1950s couples. Where his contemporary Jarvis Cocker has been a poet of the city’s sexual mores, Hawley’s best work has wistfully hymned Sheffield’s romantic ghosts, in a sequence of sumptuous Jim Reeves-style arrangements.

Unless Sky’s Edge is revealed to be a forgotten Don Valley beauty spot, Standing At The Sky’s Edge marks a fairly major change of tack for the songwriter-guitarist-producer. If the title invokes a location, it’s a mystical one: some thundery, Zeppelinesque Valhalla, rather than Hawley’s usual stomping ground, the steep cobbled street. Likewise the music. The opener, “She Brings The Sunlight”, kicks the doors off with a wail of noisy, electric guitars, while the title track is a layered guitar landscape, with a vocal that recalls, of all people, The Doors. Musically speaking, at least. Hawley has washed out his pomade and grown his hair long.

That’s not to say that this record is unrecognisable as the work of Richard Hawley. It is still after all a pretty sophisticated piece of retro music-making – only rather than painstakingly emulating the production values of the late 1950s and early 1960s, he’s embraced the echoes, middle eastern modality and wah-wah effects of someone hellbent on creating a heavy psychedelic guitar record. Still, psychedelic rock or not, there is a part of Richard Hawley that will always be a coal miner on a stone bridge, waiting for his girlfriend to arrive.

Duly, fans of Hawley’s rueful view of love and relationships, his fine guitar playing, and magnificent singing voice will find them all present and correct here, if displayed in unexpected ways. “Time Will Bring You Winter” is a loping wah-wah rocker, it’s true, but underneath the din of the music you’ll discover the song is about the life cycle, as told in an English vocabulary of mossy lanes and shadowy churchyards. “Down To The Woods”, the best of the album’s heavy songs, is reminiscent of “1970” by the Stooges but suggests an unpredictable outcome to what appears at first to be an English pastoral idyll.

And, although the record is bookended with heavy rock, Hawley unleashes his customary deep croonology in its excellent and very quiet middle section. Here, we find Hawley writing magnificently in a trio of songs which seem to be about how love is meant to be, and how it is really, for good and bad. “Seek It” juxtaposes a charming, slightly jaunty tune with a fabulously dry lyric – “I had a dream and you were in it/We got naked/Can’t remember what happened next/It was weird” – and features Hawley’s fabulously restrained playing. “Don’t Stare At The Sun” could be a Chemical Brothers title, but is ultimately all about how the everyday consolations of family are more important than waiting for cosmic revelations. “The Wood Collier’s Grave”, the only song you will hear this year to detail the thoughts from beyond the grave of a charcoal burner’s apprentice, is a tender folk ballad.

So even when Standing… returns to its heavy mode in its last two numbers, the subject matter remains very much Hawley’s. Final track “Before” is the album’s mode in a nutshell, an attempt to reconcile his two sides, rocker and crooner; stargazer and earth-dweller. In a song part gentle U2 ballad, part Oasis guitar anthem, he suggests that for all the head-turning things the universe can offer, the realities of a familiar relationship and shared history are the things that really matter.

The more Richard Hawley changes, evidently, the more he stays the same. Head from time to time in the clouds. Feet still very much on the ground.
John Robinson

Q&A
This is a heavy, psychedelic-sounding kind of record.
I don’t like the word psychedelic because it implies flowers and lollipops, and there’s none of that on this record at all. It’s quite dark, you know.

In what way?
I think I started writing when the Tories got in – it influenced a lot of the first song which was “Down In The Woods”. They were trying to sell off the forest land, and that had me really fucking outraged. ((i)Sheffield guitarist(i))Tim McCall’s passing was a catalyst for a lot of musical activity. He died walking upstairs carrying a baby blanket and a cup of tea – he tripped on his shoelace and broke his neck. It’s done all of our heads in. He was a fantastic guy, lovely bloke.

There are some intimate, family moments like “Don’t Stare At The Sun”.
I was left responsible for one of my children after quite a heavy night on hallucinogenic drugs. If anybody from the NSPCC is reading this I should say I was completely compos mentis – but things were still…whizzing and popping. How vividly you see everything on acid – the intense happiness of that was the beginning of the song.

So are you going to grow your hair now?
I can reliably assure you that when you called up before I couldn’t pick the phone up because I had grease in me hands, doing me quiff.
INTERVIEW: JOHN ROBINSON