Buck, Mills and Stipe finally head back to Rockville – at speed 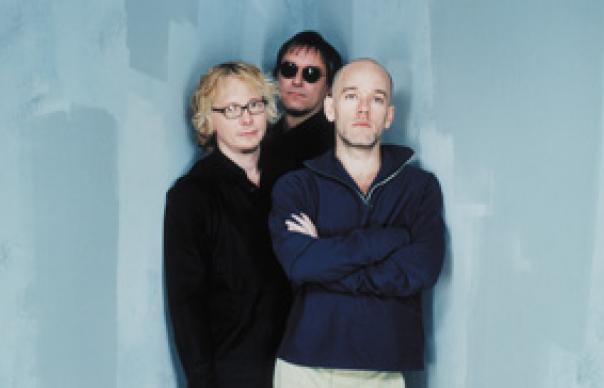 You join us in the Uncut office, late January, waiting for the 14th R.E.M. album to turn up. There’s a little anticipation, naturally, a mature frisson of excitement. But there’s a lot more scepticism, in spite of a music business whispering campaign which has already anointed Accelerate as that most precious phenomenon, the Return To Form.

The pre-release hype in 2004, you may remember, promised Around The Sun would be something similar. Instead, that album was so balefully received – by R.E.M.’s fans, crucially, as well as critics – that even the band grouch about it now. The stories about Accelerate, admittedly, are slightly different. Many of the 11 songs, recorded in Vancouver, Athens and Dublin, were roadtested at last summer’s run of shows in the Irish capital, and were received fairly rapturously by those who heard them live and on YouTube. But the suspicions remain. Might the raw new songs be hygienised by Jacknife Lee, best known for his loud and anodyne productions for Snow Patrol, Editors and U2? And could Accelerate turn out to be the work of a desperate band still trying to compete, anxiously in denial of their diminishing powers?

Well, here’s Track One, “Living Well’s The Best Revenge”. Three minutes, 11 seconds. A great fuzzy thicket of guitars suggests, immediately, that Peter Buck is a much more engaged presence this time: judging by some interviews from 2004, his most pressing job during the Around The Sun sessions was to fill up the iPods of his bandmates. There’s a tumble of drums, and then Michael Stipe arrives at breakneck speed, huskily trying to squeeze a few too many words into each line, with Mike Mills leaving a vapour trail of harmonies in his wake.

It’s an invigorating, agenda-setting opener. For if Around The Sun sought to rescore the populist gravity of Automatic For The People with massed keyboards, “Living Well’s The Best Revenge” aims squarely for the affections of REM’s hardcore rump, those who treasure the helter-skeltering epiphanies of “So Fast, So Numb”, “Life And How To Live It” and, in particular, “These Days”.

And it’s no false dawn. As the 34 minutes of Accelerate pass in a general blur, the closest antecedents are revealed to be 1986’s Lifes Rich Pageant and the following year’s Document; the albums where REM stood on the cusp of mainstream success, negotiating between the elliptical jangle of their early years and a crunchy, poetic twist on stadium rock.

So “Mansized Wreath” swaggers in with a feedback-spattered riff, an organ wheezing consumptively, Mike Mills essaying some highly unlikely funk runs, and a vague but satisfying hint of “Exhuming McCarthy”. This is Accelerate Track Two, and, again, it’s exhilarating. Lee’s mix may tend towards his usual deafening flatness, the scrupulously limited dynamic range demanded by radio producers. But the denseness suits R.E.M., reconstructing their trademark intricate hedge of sound, albeit with a very contemporary digital clarity.

At times, the eagerness to placate those long-term devotees dismayed by Around The Sun – and, to a lesser extent, by Up and Reveal – is pretty unbecoming. “Sing For The Submarine” is an overlong (4:50!) and bombastic trudge which wouldn’t have sounded out of place on Around The Sun, scarred by some clattery aerobics from the old Ministry drummer, Bill Rieflin. Stipe, though, is a bigger problem, awkwardly weaving a bunch of his old song titles – “Electron Blue”, “Feeling Gravity’s Pull”, “High Speed Train” – into the lyrics. “Supernatural Superstitious”, meanwhile, begins, “Everybody here comes from somewhere,” reminiscent of those arch concert intros that make Stipe resemble a trendy vicar. The song itself, a scuffed and bouncy cousin to “Man On The Moon” and “The Great Beyond”, consequently comes across as one of Accelerate’s more crass moments.

Elsewhere, the allusions to R.E.M’s past are more rewarding. The churning raga-rock of “Mr Richards” recalls “Time After Time”, even if Stipe’s vocal would work better buried deep in the feedback, rather than sitting pertly above it. “Horse To Water” is choppy, cascading and very nearly the equal to “Living Well’s The Best Revenge”, with another mildly embarrassing lyric that involves “Friday night, fuck and fight, a pub crawl”.

The ballads, too, are mostly impressive. “Hollow Man” begins, coyly, as a piano meditation typical of late-period REM, then blooms into something faster and more euphoric, with a tiny, chiming middle eight that is Buck’s most overt nod to The Byrds in years. “Houston” has melodic affinities with “Try Not To Breathe”, but a creaking, ominous air closer to “King Of Birds”. And while the world-gone-wrong portent of “Until The Day Is Done” marks it as kin to the last album’s “Final Straw”, the solemnities are handled with an elegance that also recalls, more pleasingly, “World Leader Pretend”.

Eleven songs, then, and only one outright dud – the giddy, dorky “I’m Gonna DJ”, which hasn’t appreciably improved since its appearance on last year’s R.E.M. Live album. By the end, you’re left with the impression of a very self-conscious band who are in thrall to their fans and the riches of their back catalogue, but who’ve managed to relocate their energy and melodic zeal as well as their signature sound.

A nagging doubt remains that this isn’t the music these three men would necessarily choose to make right now, that Accelerate is a lively professional exigency, from the studiously dynamic title onwards. But then “Living Well’s The Best Defence” winds up again, and the deeper motivations of R.E.M. seem irrelevant when they’ve made their most straightforwardly enjoyable album since 1996’s New Adventures In Hi-Fi.

Stipe has scolded us often enough for misinterpreting his lyrics as personal revelations. But when, in “Hollow Man”, he ruefully notes, “I took the prize last night for complicatedness,” the temptation is too great. Accelerate is a simple, pragmatic record built on an uncomfortable truth: sometimes, even the best bands have to retrace their steps, if only to remind themselves what they’re really good at.