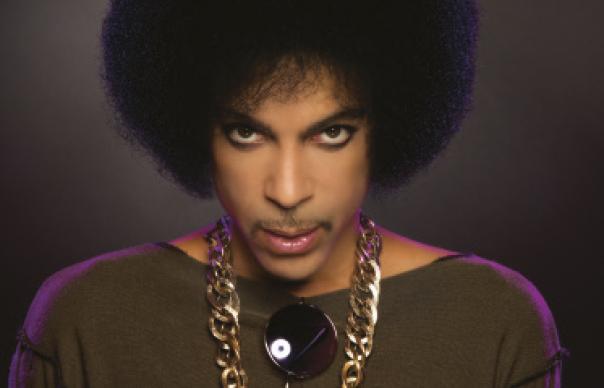 There have been 23 Prince LPs since Sign “O” The Times (1987), the double-album of protest funk, hot soul, screaming gospel-metal and gorgeous ballads which seemed designed to demonstrate that its creator, touched by genius, could do anything. Soon afterwards, Prince made that literally true, as he forcibly extracted himself from his Warner contract and the conventional music industry.

Free at last, he began a policy of funk over-production, as his Paisley Park studio pumped out barely differentiated Prince product. Prodigious quantity replaced prodigious quality, and an exhausted public turned their backs. 23 LPs, and not a song on the last 20 has made any lasting impact. And still, before Kate Bush, there was no-one in 2014 whose gig tickets were so desperately sought.

Prince’s records have, then, become largely irrelevant to Prince’s career. He survives on an enduring mystique which, in the absence of concrete facts, suggests he only leaves Paisley Park to knock on downtown Minneapolis doors as a bodyguard-flanked Jehovah’s Witness, and that sex, God, and music about both occupy all his waking hours. And then, there’s his reputation as one of the greatest live acts, who started a 21-night run at the O2 Arena in 2007 with “Purple Rain”, cockily noting how many exhilarating hits he had in reserve from his golden ’80s.

Despondent at the internet’s impact on his control of and potential profit from recorded work, Prince has declared several times that gigs are his priority now. After the years of surfeit, the aptly titled 20Ten was his last album for four years. But now that his brilliantly conceived, rapturously received Hit And Run gigs in small London clubs have reminded the world how good he can be, he has two albums to meet our piqued hunger for him. He is also back on Warners, the label he left on such monstrously bad terms, with the word “Slave” outrageously scrawled on his head; the label, too, on which he had all his early success.

It looks very much like a comeback. Or maybe just one last go at selling Prince records in the 21st Century.

3rdeyegirl’s Plectrumelectrum is the most interesting of the pair. Prince’s new all-female band (bar its writer, auxiliary singer and guitarist, of course) backed him on his London shows, and shared the glowing reviews. Having a proper band has always brought out the best in him, from his unbeatable ’80s run with the Revolution to the brief creative revival of his first album with the New Power Generation, Diamonds And Pearls. 3rdeyegirl was surely the stimulus for his current activity. Donna Grantis’ guitar has certainly inspired his own playing, and Grantis told Uncut earlier this year that the example of classic rock bands such as Led Zeppelin was discussed, as they recorded live “off the floor”. The high guitar whines of the instrumental title track and “Funknroll”’s swaggering riff are strong examples of this high-energy, back-to-basics approach. Prince squeals during the latter, getting off on his own music. “Fixurlifeup” uses his unique approach to feminism (previous form: “If I Was Your Girlfriend”) to sketch 3rdeyegirl’s rationale, in which “a girl with a guitar” is worth the “misogynistic wall of noise” made by men. Still, Prince naturally remains in sole creative charge. Supposedly only around for backing vocals as the women take the lead, he also regularly grabs the spotlight.

Plectrumelectrum isn’t just an exercise in pseudo-feminist shredding. There’s also the signature Spartan Prince-funk of “Boytrouble”, while “Anotherlove”, “Tictactoe” and “Whitecaps” are hurt, keyboard-heavy ballads. 3rdeyegirl seem to serve all his needs, and though there are no songs here to touch past glories, their excitement in the studio is captured.

Art Official Age, made with only multi-instrumentalist Joshua Welton aiding Prince, is by contrast the sort of goofily half-arsed concept album we’ve come to expect. Linking tracks find Prince being awoken from suspended animation by a posh young Englishwoman, who informs him of his newly evolved, healed and telepathic self. Doubtless this is the kind of science-fiction philosophy Prince, who has found great comfort in his Jehovah’s Witness faith, on some level believes. His existential crises are expressed more earthily on “Breakdown”, “the saddest story ever been told”, which begins on understated keyboards, and becomes a laser-blasted epic. The ecstatic screams it provokes reveal the splicing of Little Richard and Al Green in Prince’s DNA. “The Gold Standard” has funk guitar, and it longs for a time when “music was like a spiritual feeling”, similarly explodes into imaginary dance-moves (“New Power –slide!”). It finishes with Prince in full filthy funk mode, distractedly muttering, “Let me get in there – good God!”

His pornographic obsessions are as usual disarmingly hilarious. Most unexpectedly, “Time” unveils Prince the bluesman, grunting despairingly at “another dirty hotel room, another lonely town”. An attempt at part-rapped, contemporary R&B, “Art Official Cage”, is only adequately successful, meanwhile, amid too many average slow jams.

Taken together, these albums don’t resurrect Prince the genius. They just remind you he’s still around; short of a tune, but the unique inhabitant
of a purple planet all his own.
Nick Hasted